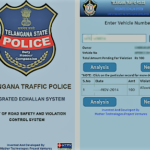 How to pay Telangana Traffic E-Challan Online India is headed towards becoming a cashless economy. Every state government providing access to pay challan online for a traffic violation. To pay the Hyderabad traffic challan online visit the e-challan Hyderabad official website. Every state in India has a separate website where people can go and pay
Read More

Prabhas The actor has been receiving a tremendous remuneration of Rs 25 crores for both the parts (Baahubali The Beginning, Baahubali The Conclusion) according to the source. Prabhas is charging Rs 15 crores for each film. After Baahubali, Prabhas acclaimed with International Recognition, and he likewise increased his business sector in the neighboring languages like Hindi,
Read More

Director: James Erskine Music director: A. R. Rahman Screenplay: Sivakumar Ananth Language: Hindi Sachin A Billion Dreams Sachin A Billion Dreams What you get in the 2 hours 20 minute document-feature is Everything that people Knew About Sachin Because practically everything he’s done on-field since he was 16 has been chronicled by breathless commentators around
Read More

Apple MacBook Pro Apple confirmed its new Macbook pro is going to launch today.what you need to know is MacBook Pro has a Retina Display along with flash fast storage,long battery life and force touch trackpad. Retina Display  with consisting of 4 million pixel on
Read More

Kabali Movie Review and Rating: Kabali is prestigious project starring superstar Rajinikanth in lead role directed by Pa.Ranjith under Kallaipuli Thanu productions. the movie was likely to release on 22nd July 2016.  Radhika Apte was playing the main heroine role in the movie. Kabali audio was released in June and which was a huge hit in
Read More

Selfie Raja Movie Review and Rating : Allari Naresh is again back with a comedy movie titled as Selfie Raja. As Allari Naresh after 7 flop movies he need  Desperate hit he came up now with a movie selfie raja which was Directed by G. Eshwar Reddy, this film has hit the screens today. Let’s
Read More