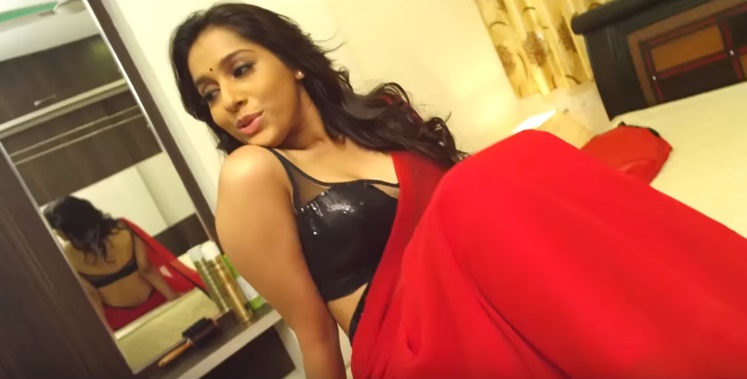 Rashmi Gautham was very familiar with the Tv shows as she was the one of the most popular anchor, as she was familiar with the Tv show Jabbardasth. Before coming to Jabbardasth she was done with some of the supporting roles but after jabbardasth, she grabbed movie offers as a main lead actress.She was thankful to Mallemaala Productions which was given an opportunity to show off her skills. With the huge success of Jabbardasth, Mallemaala productions started sequel for the comedy show as Extra Jabbardasth. With both Jabbardasth and extra Jabbardasth she became as most familiar in Tollywood Industry. Check Antham Review.

Rashmi Gautham is an upcoming beautiful, hot and talented young artist who was trying to make a mark in the Tollywood industry. In Guntur Talkies, she was appeared in the mass and romatic role directed by Praveen Sattaru. It failed to Draw the positive response from the audience resulted a disaster. But Reshmi drawn the attention from the audience in the movie as she was extremely hot in the movie. she was attracted many youth audience with her hot looks and gestures. And now in Antham she again rocked in the movie with her acting and hot looks. Film was censored with A Certificate.