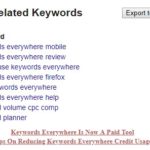 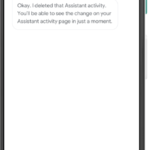 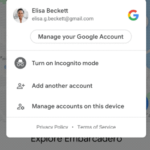 How To Use Incognito Mode in Google Maps Google is rolling out new privacy features to Google Maps, Youtube and Voice Assistant services. To provide more privacy to users, Google has launches Incognito Mode for Google Maps. Incognito mode has been one of the most popular privacy controls since it launched with Google Chrome in
Read More 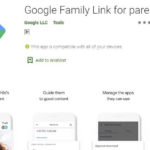 Google introduced Family Link app in 2017 through which parents could manage their child’s smart device screen time. The newly updated Family Link app allows parents to limit screen time per individuals app, instead of the device as a whole, as well as let them more easily extend screen time as needed. Another new feature
Read More

There have been speculations around Reliance Jio’s entry into the TV market and the new photos of Jio’s DTH Set-Top Box validate that the operator is indeed about to launch its IP-based TV services very soon. The box shows a ‘not for retail’ sign on the device suggesting that the company is probably currently testing the
Read More

Reliance Jio Extended till April 15 as per Summer Surprise Offer. You can call this surprise extension as April fool prank.  The last date for Jio Prime subscription plan has been extended, a welcome reprieve for Reliance Jio customers who were unable to sign up for the service on the last day due to
Read More

Apple MacBook Pro Apple confirmed its new Macbook pro is going to launch today.what you need to know is MacBook Pro has a Retina Display along with flash fast storage,long battery life and force touch trackpad. Retina Display  with consisting of 4 million pixel on
Read More

AT&T the telecom gaint has unveiled a deal for Time Warner company that will transform the telecom giant into a media entertainment powerhouse positioned for a sector facing major technological changes. Merger, to transform AT&T, which doesn’t own content, into a media entertainment powerhouse. The deal approved on October 22 is valued at $108.7bn including debt, and
Read More

Hawa Badlo Delhi : India’s capital  label of being the world’s most polluted city, is trying hard to help clean up its air. As a result they came up with new  smartphone application which  was launched Friday , This  allows residents to report that the presence of construction dust or the burning of leaves and
Read More

How to get Paid Apps/Games for free on IOS? Here is the answer Appvn (appvn ios). Yes Appvn is a free app that lets you install all the apps for free. It has similar interface as playstore/app store. Appvn is not only for Apps you can also get Ebooks, Music, Movies and more for free.
Read More