Roshan Meka Son of Veteran Actor Srikanth-Ooha who was turned out as an actor and he was introducing with a new conceptual Movie Nirmala Convent which was being directed by G.Naga Koteshawara Rao which was being mutually produced by Akkineni Nagarjuna and Nimmagadda Prasad under the production house of Annapurna Studios and Matrix Team Works. This story was being about two fresh teens love story and there a special cameo in the movie starring King Nagarjuna. 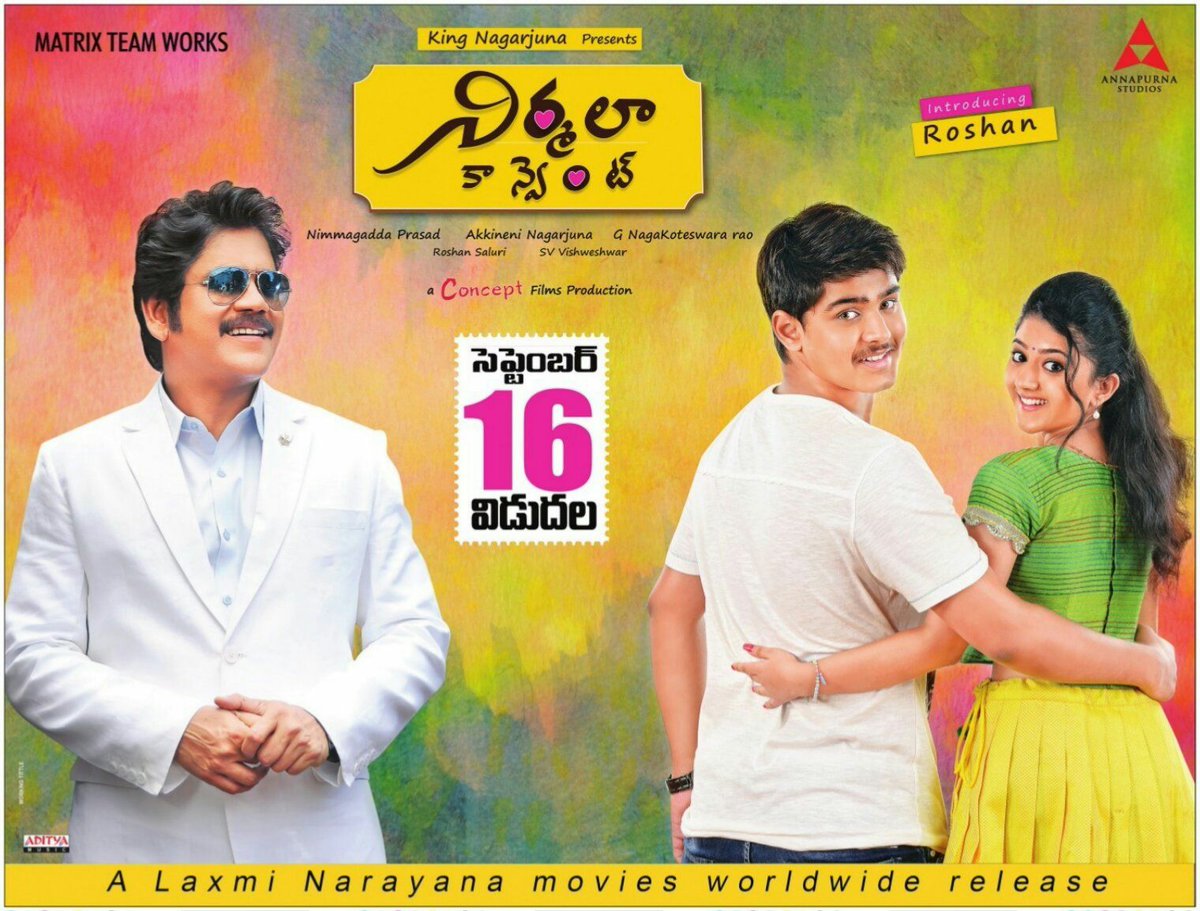 He was very young and seems to be with a matured mindset acted well in the movie and the Heroine Shriya was beautiful as she was a child actor she carried out her performance very well. King Nag was the main highlight of this film.

Nirmala Convent is a small film which was raising up the expectations starring Roshan and Shriya because of a special cameo by King Akkineni Nagarjuna. It was mutually being produced by Akkineni Nagarjuna and Nimmagadda Prasad. Nirmala Convent is a movie which was directed by G.Naga Koteshwara Rao. Roshan Meka was the son of Veteran Actor Srikanth. He was  well grown and all set to become a hero. He was blessed to work with Akkineni Nagarjuna in his very own first Movie. It was creating a huge hype as King was doing a special cameo. According to the performances, All the actors seems to be very realistic and professional in the movie hoping a very big success for them.

Roshan Meka and Shriya Sharma Starring as the lead pair in the movie Nirmala Convent has come into the theaters and achieved the response from the audience. The main highlight  of this film was The King Akkineni Nagarjuna as he justified his role very far better than anyone else. The audience would be very much excited and cheered for him to see him in such type of character. It was a well mixed emotional drama with romantic twists and Lovely scenes. It was the debut movie for Roshan meka but he was developed well for his very first movie.