Skip to content
Uncategorized
January 23, 2015January 23, 2023 Admin 0 Comments
West Indies gifted India second odi chasing a target of 264 they were in a pretty much in a dominant position at one stage at 170 for 3 and suddenly their innings collapsed like a pack of cards as they lost the last 8 wickets for 45 runs giving India a comfortable win. 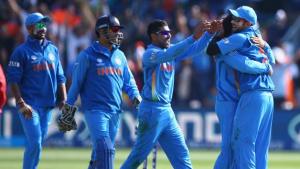 Openers failed again: In this match the openers failed again as Dhawan went early unable to play an in swinger bowled at pace by J.Taylor.Rahane too followed  after  getting out cheaply to slower delivery well deceived by D.Sammy.After that it was Kohli with in form Raina to make crucial 107(128b) which helped India to reach a respectable total.

Move that worked out: After the failure of openers it was A.Rayudu who came ahead of Kohli. This move has changed fortunes for kohli who was desperate of making runs. 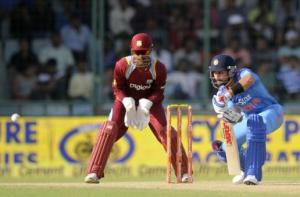 Smith the lone warrior: Smith’s valiant efforts were wasted  as West Indies couldn’t capitalise on the great start this dashing opener provide as they collapsed at the end unable to chase the target. 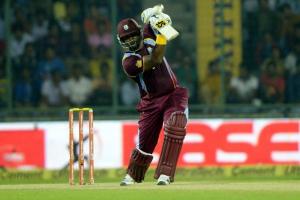 Mishra the real hero: This under pressure wrist spinner performed to his peak having removed Pollard at the right time he applied the pressure from one side as he bowled seventeen dot balls in succession to M.Samules and he only gave 8 runs in his last 5 overs. This wrist spinner got confidence once after he dissmissed Pollard.