Samantha and Nitya Menon Fight for pair with Surya:

Chennai Cute Samantha and Malayalam beauty Nitya Menon second time again war for Surya. They both are synonyms of powerhouse performance. One knows how to woo with her adorable looks and beautiful voice The other one just melts rocks with her bubbly performance and scintillating glamour treats. They are none other than Nitya Menon and Samantha.Earlier these two beauties have rocked the screen with their acts in ‘S/o Satyamurthy’ movie. WhileSamantha is so cute as a low-sugar patient, Nitya’s high headedness as sister of a local don won her huge attention. Their scenes fared out really well, while the two shared a song too with hero Allu Arjun. Seems like they have to dance to such songs yet again, as Nitya Menon is now taken aboard for Surya’s upcoming film ’24’. 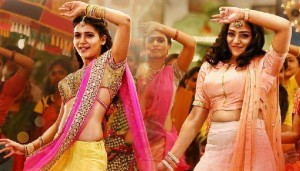 The film, directed by Vikram K Kumar of Manam and Ishq fame, has Samantha in the lead role already but another heroine is required as Surya is playing a double role. He has no option than to rope in his Ishq starlet as scenes involving both Sam and Nitya are said to be stunners. After S/o Satyamurthy, these two hotties are clashing with their performances, needless to say it will be a talented fight.They also worked for Siddharth movie Jabardasth.

24 is an upcoming Tamil family entertainer film written and directed by Vikram Kumar. The film features Suriya, Samantha and Nithya Menen in the leading roles, while A. R. Rahman composes the film’s music. After finishing pre-production, the film began shoot in mid-2015.Suriya.Samantha Ruth Prabhu,Nithya Menen,Asha Fad,Ajay,Sathyan and Saranya Ponvannan are acting in lead roles.In April 2015, actor Anil Kapoor threatened to take legal action against the makers of the film for the use of the title, 24, which he bought the rights from 20th Century Fox Company.The pair later amicably chose to sort out the issue. 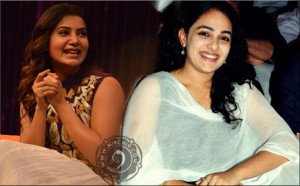