Google has marked the Rosetta spacecraft’s historic landing on the comet with a doodle on its homepage.
The doodle is an animated version of the Philae lander with a side tagline of “first controlled touchdown on the comet nucleus.”

it’s taken 10years for the ESA(European Space Agency) to Achieve the purpose and it’s position. however, the Rosetta mission has achieved that point which no other mission has achieved before; it is safely landed on comet.whch is quite three hundred million miles away and it is presently gathering the maximum amount information. 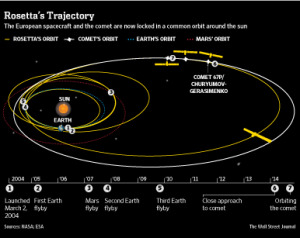 Rosetta mission aim is to unlock the mysteries of comets, which predates the birth of the solar system.and the scientist are hoping to get more information about how solar system is working and how it is formed, and how the comets carried water resources and organic components. 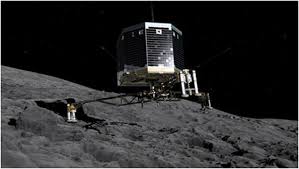 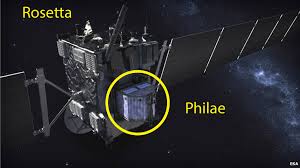 Rosetta and its lander Philae travelled more than 6billankilomters to reach the comet. and it orbits around the sun with a speed of 135,000km/h.
comets are the original source of water.