It made Office free for IOS and Android users this week. Previously it was available free to download but only with Office 365 subscription we can do more than reading documents.

In the past iOS users has less impressive choice in their iPhone to use Word or excel and PowerPoint. But now Microsoft declared free Office apps to use in iOS 7or newer versions. Individual apps which are previously only available to iPad users which are very comfy to touch devices are also updated. They got extra refinements like fix mistakes which will be a large new user base.

Michael Atalla Microsoft’s head marketing chief for Office shared a word saying that Microsoft’s desire for its users to be “productive across all of the devices they have”. 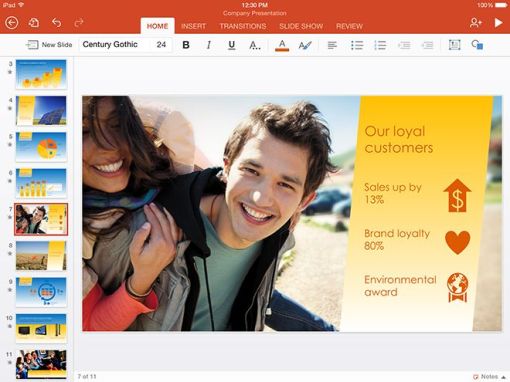 the company finally decided launching its office suite for android tablets too. Though the software is still in development. However, anyone can sign up to see the preview. The finished articles will be available by 2015. check out some pics of Office in iOS.