Super Star Prince Mahesh Babu is currently acting under Mirchi director Koratala Shiva’s direction, shooting of this movie started a few months back and unit has completed its first schedule in Pune and its surrounding regions, now the unit is busy in the canning few important scenes between the leads, till now first look of this film was not released, even the working stills of this film were also not released, Super star fans are eagerly waiting to see Mahesh Babu is mass look, director Koratala Shiva is also very good at presenting heros, he gave career best look to Prabhas in Mirchi movie, he showed Prabhas in complete formals but still maintained the mass image in mirchi movie, now Mahesh babu fans are also hoping something new from the director. 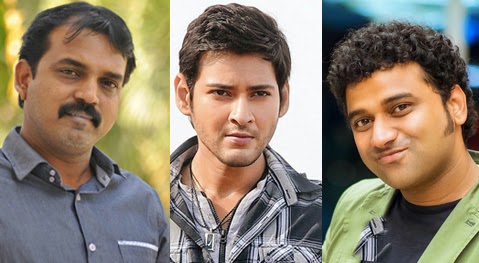 It is being heard that makers are finally preparing to surprise superstar mahesh babu fans with the first look of this film, reportedly first look of this movie will be released on March 21 on the occasion of Ugadi, till now half of the shooting is completed, though there are many rumors that this movie will be released in the month of July but makers are planning to release the movie in September 2015, most probably for Dhookudu’s dates, Mahesh babu is looking for a strong comeback after back to back debacles, this movie is very important for him to satisfy his fans and also to establish himself among the masses. Sruthi Haasan is the heroine of this movie, and Devi Sri Prasad is scoring music for the film, Nadia is playing a crucial rolein this movie, film is all set in faction backdrop with family emotions.