Android One, Google’s ambitious effort to clean up the mess of devices and vendors cluttering up its mobile platform ecosystem, has been a bit of a letdown. In the year since its launch, we’ve seen only a handful of devices; none of which were particularly appealing. With nearly identical specifications and pricing, the first batch of Android One devices became sort of a marker for the minimum acceptable spec we should allow a smartphone manufacturer to get away with.However, there was always the problem of having far more appealing phones in the market for just a small additional amount of money. Those who would benefit most from Android One – first-time users in non-saturated markets – didn’t seem to have much access to them. Now, the strategy of promoting only bare-basic entry-level devices has now been modified a bit. The Lava Pixel V1 costs a lot more than its predecessors did and doesn’t bill itself as a basic phone. It could be the first of a new wave of devices similarly blessed by Google, but with more mainstream appeal.Low-cost 5.5-inch phones are a huge category today and there is no shortage of models. What makes things interesting is that this particular segment has been the most recent frontier in our ongoing price-and-specifications war. Lenovo’s K3 Note (Review | Pictures) and Micromax’s Yu Yureka Plus (Review) stand out in particular as recent examples of phones that have not only pushed costs down, but have delivered shockingly good features, specifications and performance. In taking on such competitors, both Lava and Google have their work cut out for them. 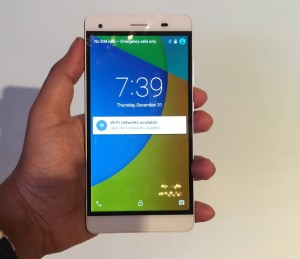 Lava claims that the Pixel V1 is built using “Google certified hardware”. In this case, that includes the rather aged quad-core 1.3GHz MediaTek MT6582 SoC with integrated Mali-400 MP2 graphics. Predictably, the screen has a resolution of 720×1280 pixels, but it is protected by Asahi Dragontrail glass. There’s 2GB of RAM and a surprisingly generous 32GB of onboard storage. Lava even specifies that 25.47GB is available to users. This is one of the phone’s standout features and will make a lot of users happy – especially since microSD support is capped at 32GB.Connectivity comes in the form of Wi-Fi b/g/n, Bluetooth 4.0, A-GPS and 3G but no 4G which is now commonplace enough to be a major omission. There’s an ambient light sensor and a proximity sensor. The rear 13-megapixel camera supports 1080p HD video recording, and there’s an 8-megapixel camera in front as well. The 2.650mAh battery is rated for over 20 hours of 2G talktime. 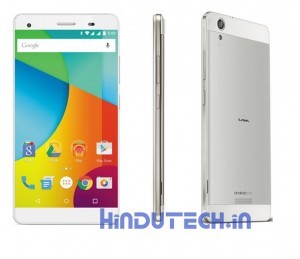