Indian Emerging cricket player Virat Kohli is going to lead india in first test cricket which is starting on 4th December in Brisbane.

under the captaincy of Virat Kohli ,Indian cricket team slashed Sri Lanka Series(3-0) and still there are 2 matches to be played .every player is putting their entire efforts to do best in this series ,there is a reason behind this that is very soon one-day world cup Team Selections will be started Soon,and it is their entire life dream to play for at least 1 Indian world cup series.

Now BCCI(Board of control for cricket in india) find a new captain for india. presently MS Dhoni is taking rest, and Kohli is captaining for the present Srilanka tour.

Virat Kohli will take the Responsibility for the first test cricket instead of Dhoni.ther are some interesting changes occurred in Australia tour.for second test india gave call-ups to 3 players.
KL Rahul, Naman Ojha and Karan Sharma the 3 Uncapped players are present in Australia trip.Cheteshwar Pujara and Varun Aaron were present in 19-members team.Ojha and Wriddhiman Saha.the both players are expected to ply for the team. 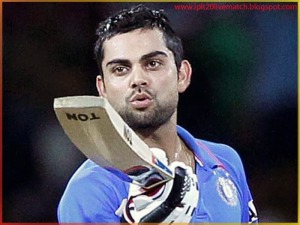 In one announcement BCCI stated that “MS Dhoni has ben rested for the first test which is on 4th december.for the first test Virat Kohli will lead the team,then onwards Ms Dhoni will take the responsibility of team india.persently he is taking rest for the Srilanka tour.
the four test match series against Australia will start on December 4,2014 in Brisbane. 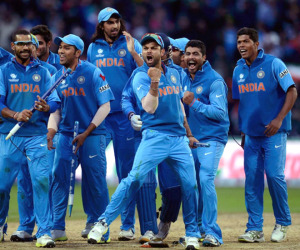