Indian Cricketer Harbhajan Singh and his lady love Geeta Basra will be soon be tying the knot. The secret of these love birds who often maintained the just good friends starts. There are varied speculations that this couple have decided to tie the knot around this mid-March. Absolute India reported that “Harbhajan singh and Geeta BASRA have been thinking about marriage since a long time. They have finally decided to tie the knot. In all probability, the marriage will take place in the mid-March, for which preparations have already begun” . 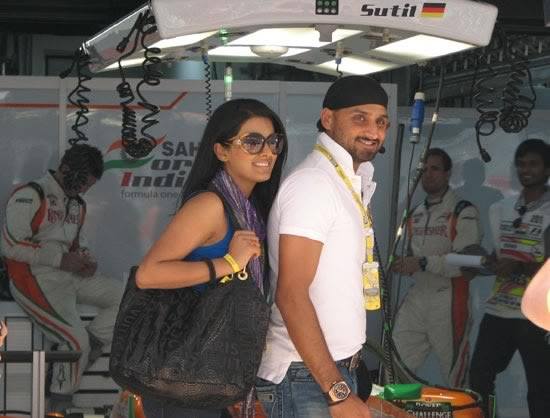 The news of Indian cricketer Harbhajan Singh marrying Geeta Basra is trending and buzzing in the Indian media. Although there has been no official confirmation yet made by both Harbhajan Singh and Geeta Basra’s family sources. When the Geeta Basra was asked about her marriage speculations and hear says she stated that “Whenever it happens, you all will definitely get to know. I don’t like to talk about my personal life. Anyway, I get to read 20 stories daily about me marrying Harbhajan singh, but I’ll talk about it only whenever it happens,” she told IANS. However, she has always called him a “close” friend.”