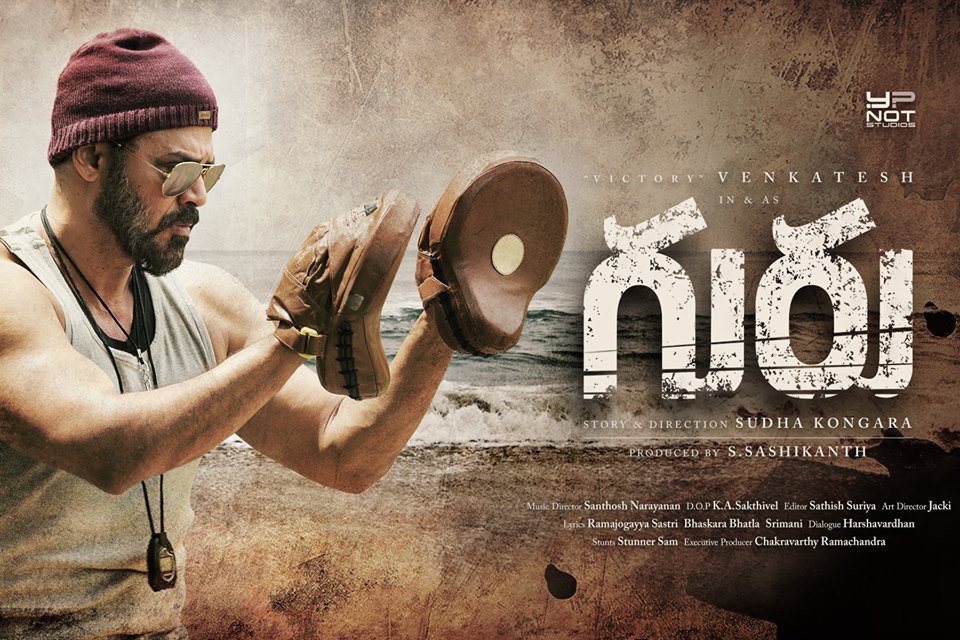 Victory Venkatesh was lastly screened with Babu Bangaram as it was a big hit at the occasion of celebrating Venky’s 30 years in the Telugu Film Industry. Next to that he took some time gap and now he came back with an interesting bang Guru which was the remake of the superhit Hindi original movie Saalakhadoos starring Madhavan in the lead role. Replacing Madhavan’s place in Telugu, Venkatesh was playing the role of the Guide Teacher. He was the only apt for such type of roles. Venkatesh released the first look poster of Guru Movie.

Guru is an official remake for the superhit Bollywood Movie Saalakhadoos starred Madhavan in the lead role. In Telugu, Victory Venkatesh replacing the role of Madhavan name the movie as Guru which was directed by Sudha Kongara under the production company of S.Shahsikanth. It was going to be out soon with the official press meet soon. Venkatesh was planning to complete this movie soon and release in the theaters. His look reveals that how worked hard for the film. It seems he has put his Heart and Soul in the movie. He was terrific in the poster and seems he was going to get a good performance movie again.