Many Facebook, Twitter and Whatsapp users are sharing the image with the caption, Fingerprint Building in Thailand. 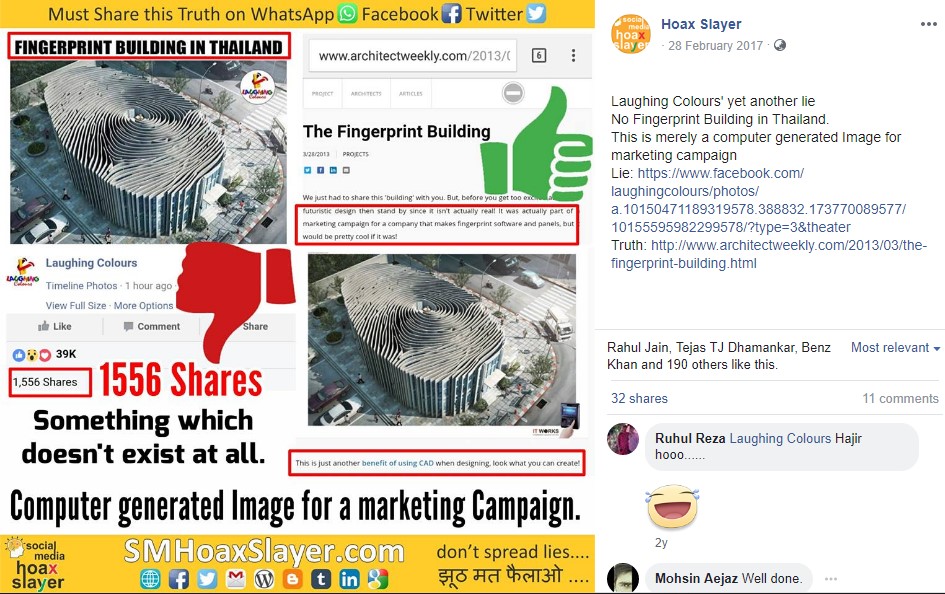 What is The Truth: Fingerprint Shaped Building in Thailand

The Fingerprint Shaped Building in Thailand is a digital artwork designed by the SpicyH advertising company for a marketing campaign. The company based out of Bangkok in Thailand.

Quoting about the project the company said “We just had to share this ‘building’ with you. But, before you get too excited about the futuristic design then stand by since it isn’t actually real! It was actually part of a marketing campaign for a company that makes fingerprint software and panels, but it would be pretty cool if it was!