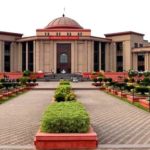 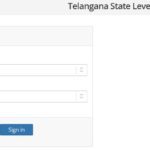 How To Login To www.tslprb.in The Telangana State Police Recruitment Board known as TSLPRB is Responsible for recruitment in Telangana Police Department. TSLPRB is releasing recruitment notification time to time and conducting the written examination, Physical test, Medical test, and interviews for selecting best aspirants for their department Do you Know the Ranks in TS
Read More

Jntuh R09 4-2 Regular/Supply Results 2014 Declared: JNTU is a university, focusing on engineering, located in Hyderabad, Telangana, India. Founded in 1965 it was  established as a university in 1972 by The Jawaharlal Nehru Technological University Act, 1972, also combining colleges in Kakinada and Anantapur.The university is situated at Kukatpally(Hyderabad) This University is having ‘A’ grade accreditation
Read More

Whatsapp Video Calling Feature For Android and IOS : Whatsapp is used for instant messaging for Smartphones. Whatsapp was used by billion members in the world. Mark Zuckerberg Owned this WhatsApp application. And this WhatsApp used for Messaging ,sharing photos and videos, Files also and now it is coming with a New feature Video Calling. Now all
Read More