Jilla, a Tamil movie released for Pongal 2014 turned out as a good hit, Tamil star Vijay and Mohanlal starred in this movie , it is a perfect multistarrer movie with equal weight age to both heroes and good mass scenes, producer of this movie RB Choudary wished to remake this movie into Telugu by casting Ram Charan as lead role, Chiranjeevi was ideal one to play Mohanlal’s role but mega family left this movie since they wanted Chiranjeevi’s 150th film to be a solo starrer. Another popular pair of heroes who were thought to be ideal role for the film were Balakrishna and Jr Ntr, but due to few disturbances between them at that point, they were not approached for this movie. 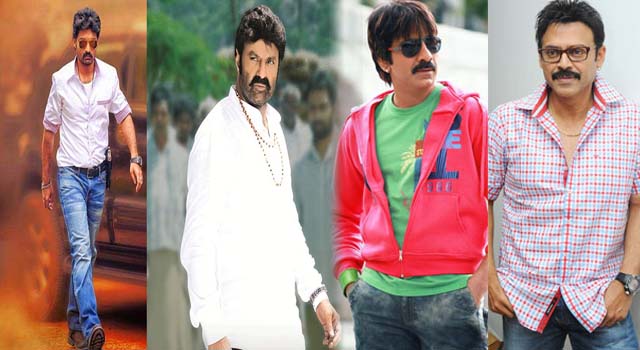 Now it is being heard that Venkatesh and Ravi Teja might star in the remake of this film with slight changes to the script, in the original Mohanlal is seen as father to tamil star Vijay and in the remake it might be changed to brother relation, there are also rumors in TFI that Nandamuri Kalyan Ram is very keen on remaking this project along with his uncle Balakrishna, Kalyan Ram who scored a hit after years with movie Pataas doesn’t want to the waste the opportunity and also this combination will satisfy may Nandamuri fans who were upset with rumors of cold war between the Balakrishna and Harikrishna family. 14 Reels production house might produce this movie, other crew and cast will be decided after fixing upon the heroes.