Actor and director Ravi Babu is giving final touches to his latest script. But this time, more than the content, the project’s execution and style will capture attention. The idea is not entirely new, he had already implemented the technique Avunu 2 which he calls the ‘green initiative’ for Avunu 2 and is set to take it a step further with his next film. With the green initiative he talks of eliminating the usage of paper and generators for film making and urges other filmmakers to think about it and save ecology. “In our previous films, we would start writing the scripts right from the conception to the bound script that we would take to the location. There would be crazy amount of material and we wouldn’t throw out any version, lest it be useful for future references. Gradually we understood that 50 bundles of paper, pencils, pens, erasers, whiteners, fevicol were not necessary; all I had to do was make changes on the iPad and mail it to the screenplay writer. It was also probably the first time we used an iPad during the muhurat instead of a script file,” he reveals. 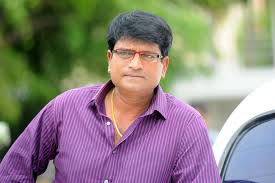 He went to the extent of avoiding physical transportation of people during pre-production. He met all the people only the second time, three days before the shoot. That way, he saved a lot of on diesel. They also replaced edit report with iPad, and while manually writing was prone to error, recording camera shots meant there was little scope of losing out. It was a blessing for other departments as well. He adds, “These people were running around the city in cars to meet me every day. So we had discussions over the phone and all meetings happened on conference calls. We had measurements of actors since they were in part one and we formed a group and all discussions and pictures were on WhatsApp. After three days we went right into production. Now it is a visual reference, supporting an edit report in terms of an actual photograph of a scene on the iPad. So there is very little margin for error when the footage went into the edit room. The day’s photos are sorted out in a timeline, in an ascending manner, in a day wise system. We knew the particulars of what was shot on what day and at what time, so we could ensure the continuity accurately, and no paper backup was necessary to validate this.”The director observes that LED lights give incredibly bright light at low wattage and only the colour temperature needed to be corrected slightly. The technology was available on DI. They were saving on power. As LED lights are chea, they didn’t take it on rent, they simply purchased them. “Power and crispness of the light were much better than regular film lights plus it didn’t need a large generator and diesel, we would cut carbon emission. If a film uses hundreds of bundles of paper and 100 litres of diesel per day, on 50 days it uses 5000 litres. I am talking about 75 percent smaller and medium productions. If they embrace green techniques, don’t you think a lot of good can be done to film industry also,” he raises a valid question. What next? “I want to use recycled material during film production but that is only possible if the thought comes from the individual, nothing can be forced,” he signs off.