The most prestigious awards of Tamil film industry. ‘Vijay Awards’ got exposed before the official announcement by the jury. The Winners list of 9th Vijay Awards 2015 was leaked. Audience who are eager to know the winners list can have a glance at the list given below. 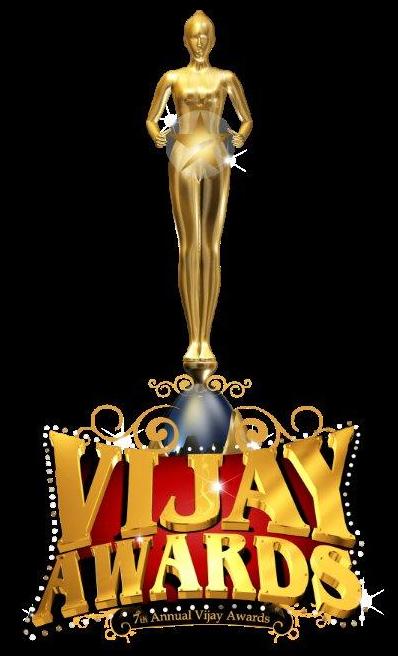 Audience who are eagerly to know the winners can have a glance at the list given below.

The Vijay Awards are presented by the Tamil television channel STAR Vijay to honour excellence in Tamil cinema. It was started in the year 2006. Initially these awards were presented to select the most popular artists. viewers were asked to choose their all time favorite film and artists in 9 categories – Favorite Hero, Heroine, Film, Director, Music director, Playback Singer Male / Female, Villain and Comedian,while 10 Jury Special Awards were also introduced.

Drawing more and more crowd, the occasion has become an important event in cinema calendar every year.

The list of most awards given to a single person were :
kamal hasan(8)
Vijay(6)
Harris jayaraj(5)
santhanam(5)

The 2015 awards were being sponsored by ‘poorvika mobiles’ which is going to be held on 25th april 2015 at jawaharlal nehru indore stadium.To know the actual winners lets wait and watch. There are many more performances by the stars on 25th April. Director/actor Prabhu Deva, Sruthi Haasan, Tamannah, Pooja Kumar, Lakshmi Menon, Hip Hop Tamizha and IGT Kids are going to rock the show at Jawaharlal Nehru Indoor Stadium.