Skip to content
Entertainment
January 22, 2015January 23, 2023 Admin 0 Comments
The most known reality show with from its inception in the Indian Television which is the inspiration of “Who Wants to Be a Millionaire?” hosted by Amitab Bachan in its latest season as got its winners.

Kaun Banega Crorepati season 8  hosted by Amitab Bachan as its first everwinners to have 7 crores of prize money.

Both the brothers who as answered all the 14 questions by using four life lines.The brothers from Delhi named as Achin and Sarthak  .The elder Achin works as a marketing manager and Sarthak is student and Achin who is trying to be the part of the contest since 10years is not even upto fastest finger first contest in the show but however the two  Narula brothers Achin and Sarthak  are successful in this season and take home the cash of 7crore ruppees. 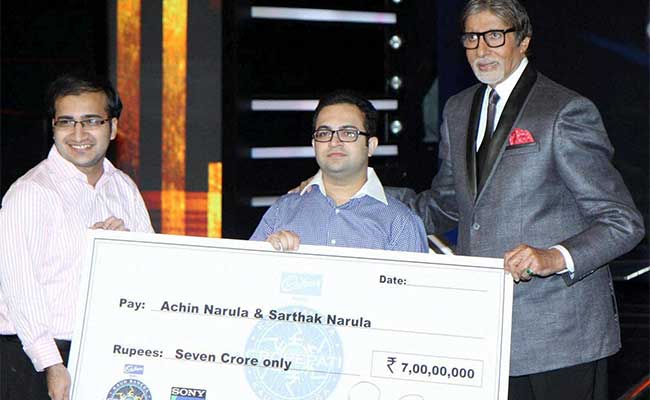 The  Senior Vice President Marketing, Sony Entertainment Television Gaurav Seth,  “momentous occasion” for the win a while congratulating the brothers on their win.