Fiat India had announced two years ago that they will be bringing the Jeep brand to India but there was no progress on that front till now. After having brought the Abarth brand to India, Fiat’s outlook to the country has changed and it seems like things are about to get serious.Having expanded its two vehicle portfolio just last year with the launch of the Avventura, Fiat is all set to bring in new products as well as new brands. Jeep will finally make its debut in India and operations will kick start with the  and the Wrangler.But the big news is that Fiat India has grand plans to start producing Jeep branded cars in India and make the country its production hub. Well of course the cars will be later exported from India which means that the country will become the export hub for Jeep branded cars.For this, Fiat is making a huge investment of 280 million dollars in the Ranjangaon plant near Pune, Maharashtra where it currently manufactures the Punto Evo, Linea and the Avventura. This is a big investment from the company and it affirms the seriousness with which the company approaches a country like India.However, when Jeep will be first launched, the cars will take the CBU route and manufacturing the cars in India is a plan for the future. Jeep has plans to also bring in the CSUV Renegade to India and once that comes, we can expect the Fiat 500X to make its way here too considering both the cars share the same platform.

Now that the festive season is around the corner, all the carmakers are busy doing their last preparations to bring in some of their most important . And why not, it’s considered to be the most apt time to launch a new product. So if you are planning to buy a new car this month, here’s a list of the cars launching in August, 2015.

After delaying its launch for quite a long time, Fiat India has finally announced to launch the Abart 595 Competizione on August 4, 2015. The vehicle derives its power from a 1.4-litre MultiAir turbocharged petrol engine that is capable of churning out a maximum power output of 158bhp at 5500rpm and a peak torque of 201Nm at 2750rpm in ‘Normal’ mode. While in ‘Sports’ mode, the torque of the vehicle can be raised to 230Nm. This engine will be mated to an AMT (automated manual transmission) with manual override system.
Launch Date – August 4, 2015 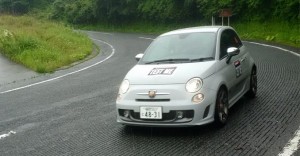 One of the most anticipated products of this year, the Maruti Suzuki S-Cross will be the company’s first crossover that will take on the likes of Renault Duster, Nissan Terrano and the Hyundai Creta. The vehicle will be offered with two diesel engines – 1.3-litre and 1.6-litre – both of which have been sourced from Fiat. Initially, the vehicle will come only in the 2WD (Two-wheel drive) layout.
Launch Date – August 5, 2015

Ford India’s much-anticipated sub-compact sedan – the Figo Aspire – too will make its entry into the Indian market in August. Expected to come with several first-in-class features such as 6 airbags, leather seats and a 6-speed dual-clutch automatic gearbox, the Figo Aspire will take on the likes of Maruti Suzuki Swift Dzire, Honda Amaze, Hyundai Xcent and Tata Zest. The vehicle will come with three engine options – a 1.5-litre TDCi diesel (99bhp), a 1.2-litre TiVCT petrol (87bhp) and a 1.5-litre TiVCT petrol (110bhp). Bookings for the Figo Aspire have already begun at all Ford dealers across India. 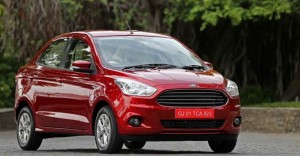