Yevade Subramanyam is an upcoming 2015 Telugu comedy movie directed by debutante film maker Nag Ashwin, starring Nani as the titular character Subramanyam, a corporate man who sets out on a journey of self-discovery. Produced by Priyanka Dutt, this movie also features newcomer Malavika Nair, Vijay Deverakonda and Ritu Varma in supporting roles. Much of the filming took place on Mount Everest at the Everest Base Camp, becoming the first Telugu film to be shot at the location.Filming was completed in mid-November 2014, and the film is expected to release on march 21. 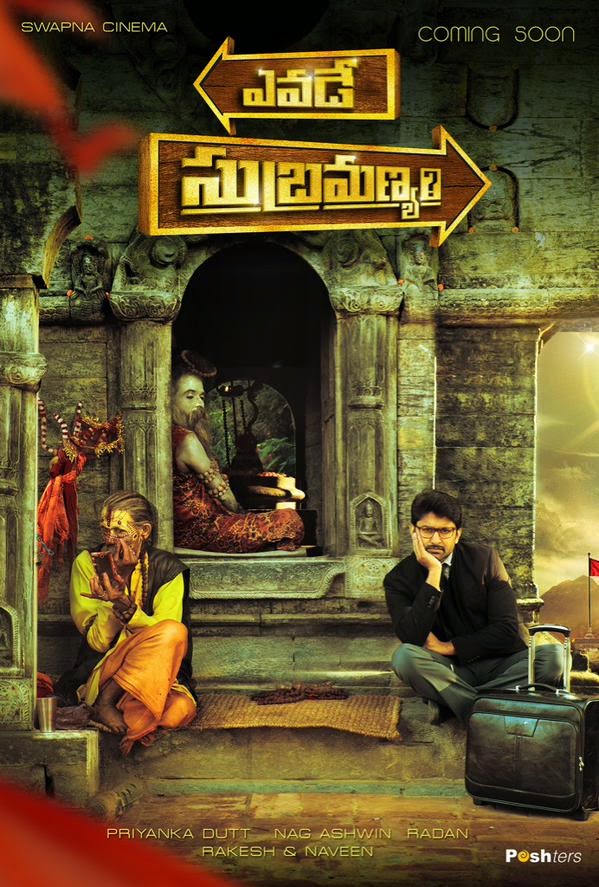 Yevade Subramanyam film songs was composed by Radhan .Filming on Everest took 40 days. This Movie differs from the television serial by location. For television, director Gowarikar shot scenes in Lukla in the Khumbu region of Nepal at 2,860 meter above the sea level and then changed locations to Uttarakhand. Contrarily, Yevade Subramanyam movie is the only Indian film to be shot at some Everest’s highest points.

In attempting to prepare himself, movie director Nag Ashwin trained on an inclined treadmill for several months prior to the shoot. Out of the 33 person filming party, only 27 made it through to completion. Several members suffered from altitude sickness and other ailments and were taken to Kathmandu for the treatment.

Subbu(Nani) is a shrewd general manager of a multi-million company headed by Nasser. He is also engaged to his daughter(Ritu Varma) and is vouching for the top position in the company.

As time passe by, one of his business deals lands in a huge trouble and Subbu desperately starts looking out for a solution. This is also the time when he meets his childhood friend Rishi(Vijay Devarakonda) and Anandi(Malavika Nair). An unexpected incident involving Rishi causes a huge setback to Subbu’s professional and personal life.

What is that setback ? How does it change the world around Subbu ? and where does Anandi feature in this set up ? That forms the rest of the story.

Credit should be given to the way the script has been conceived with such a novel idea. Subjects like these are rare in Tollywood and the producers should be commended for trying out something new. Once again, Nani proves what a power house of talent he is. He showcases mature emotions in the second half and is top notch as a level headed business man in the first.

Debutantes Malavika Nair and Vijay Devarakonda are definitely a find for Tollywood. Malavika is good in her role but it is Vijay who walks away with the cake. His role of Rishi has been written supremely well and the young actor does complete justice to his character. First half of the film is interesting and runs on a brisk pace.

Production values of the film are top notch and so are the visuals. Legendary actor Krishnam Raju is superb in his cameo and gives the necessary depth to the film. Ritu Varma looks beautiful and is apt in her role of a rich girl.

After starting off on a positive note, the film becomes a little slow during the second part. Interval block and some key scenes involving the major twist could have been handled well. There is noting much exciting in the second half as the film becomes predictable.

The are absolutely no commercial elements which is a big let down for the mass audience. Some emotions during the second half do not connect well. Certain coming of age scenes involving Nani do not create the necessary impact. Length of the film is also a tad too long as many scenes could have been easily edited.