Ajith Yennai Arindhaal is the most awaited film among the Kollywood Circles from the past one year. This is the 55th film Thala Ajith after the blockbuster film Veeram which starred Tamannah in  female leading role. This film is made on a huge budget which is over Rs.50 crores which is the highest for any movie of Ajith’s and thus having equal amount of expectations on this film which is very much promising in terms of the output and the fans who have expected. 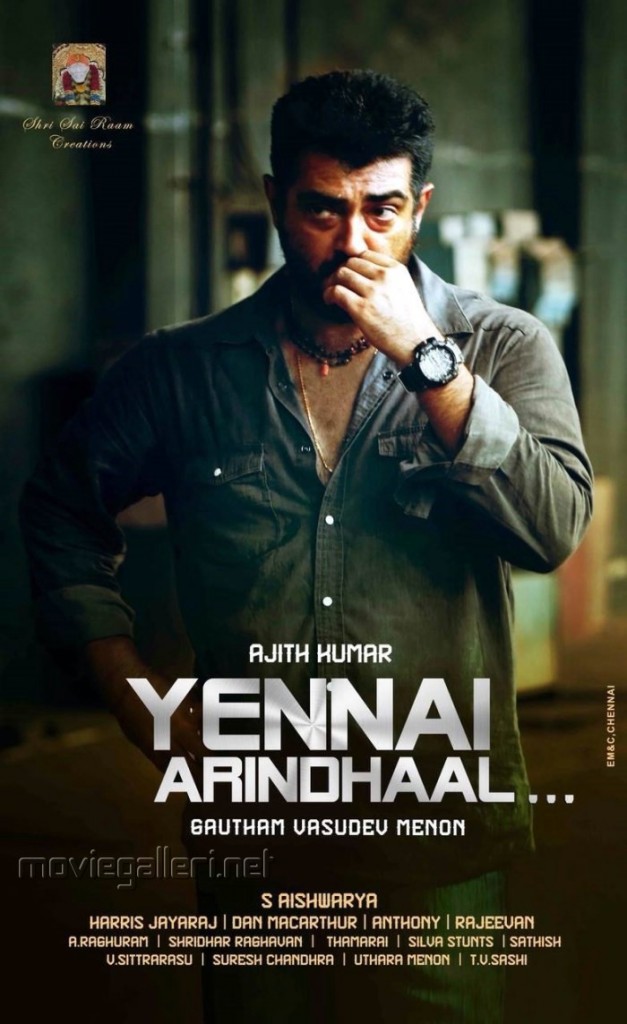 Yennai Arindhaal Movie has Thala Ajith in the male lead role who seen in two different roles in this film which is the highlight of this Movie. Along with the Ajith this movie leading roles as Trisha and Anushka Shetty in the female lead roles opposite to Ajith. Other than the hero and heroines .Yennai Arindhaal also has Parvathy Nair, Vivek, Daniel Balaji, Thalaivasal Vijay, Amit Bhargav are in the other important roles who have done their best for the success of this film.

Gautham Menon is the director of this film who is directing Ajith for the first time in his direction career. A.M.Ratnam is producing this film under the production banner Sree Sai Ram Creations. Harris Jayaraj composed  Music for this Movie, Dan Macarthur has handled  Cinematography to this movie and  while Anthony is the Editor for this movie .

Yennai Arindhaal Movie has collected a total of Rs.36 crores in its first two weeks of release. This film is gaining stiff competition from the latest released film Anegan of Dhanush. Anegan is collecting huge when compared to the Yennai Arindhaal movie Collections.

Yennai Arindhaal movie has grossed ₹44.33 (₹34.10 crore net) at the Kollywood Box Office. The next big centre for this film in India is Bengaluru, where it has collected ₹5.33 crore (₹4.14 crore nett).