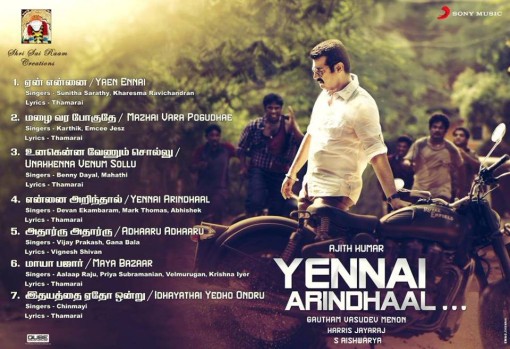 The movie Yennai Arindhaal stars Ajith , Trisha and Anushka as the lead roles . The Director of Photography (Cameraman ) for the movie by  Dan Macarthur  a Australian film director and cameraman .

According to the news the movies for Pongal Race are Shankhar Vikram “I” movie and Vishal Aambala .