Wrong turn 6 this movie was directed by  Valeri Milev and Written by Frank H. Woodward. The film is scheduled to released on DVD on October 21, 2014.This Movie is an upcoming Horror film. scroll down for the Movie story 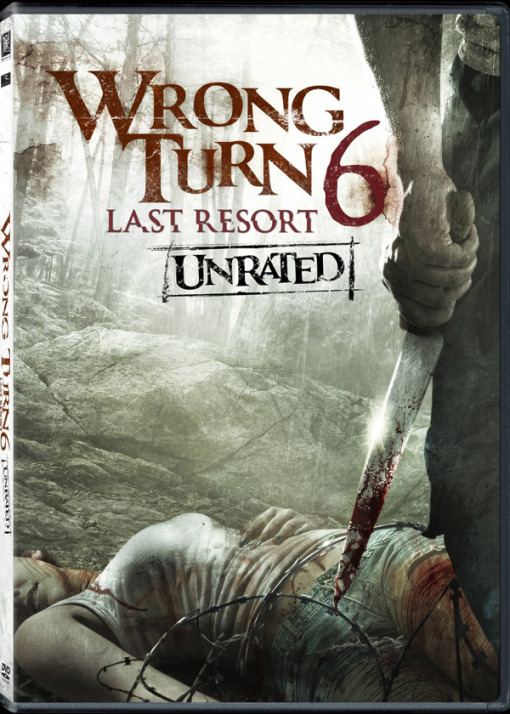 The unrelenting terror starts when an emotionally troubled young man, Danny (Anthony Ilott) inherits an isolated backwoods hotel that may hold the key to his secret past. A trip to the peaceful resort quickly transforms into a blood-soaked killing spree as Danny’s friends are brutally murdered one by one.

Danny discovers that Three Finger and his flesh-eating kin are to blame, but the chilling surprises they have in store for him have only just begun. Danny ultimately learns that he has an unthinkable connection to the clan of hillbilly cannibals, but now that he knows the shocking truth, he will face an even more horrifying choice.

A sudden and mysterious inheritance brings Danny and his friends to Hobb Springs, a forgotten resort deep in the West Virginia hills. Hobb Springs is being looked after under the watchful care of Jackson and Sally, a socially and awkward couple who introduce Danny to the long lost family he’s never known. Soon, Danny is forced to choose between his friends and his bloodline.