Skip to content
HomeMiscellaneousWhy is there little sense of pride in the country about what our parents and grandparents managed to achieve against all odds for our freedom?

On my last visit to India just a few days ago, I had the pleasure of reading a remarkable manuscript by a friend of mine, documenting the complex lives of her German-Jewish parents, who managed to escape the horrors of the Holocaust. As I was reading her text, she was in the process of reading mine, in part documenting the story of my parents, Gandhian freedom fighters, who witnessed another iconic moment of the last century — the non-violent struggle for India’s independence that ushered the new era for a democratic country.As I compared our two stories, I was sadly reminded about the dearth of serious information about the details of the independence movement, compared with the memory of the Holocaust in the Western world. There are hundreds of museums devoted to telling the story of the horror that Adolf Hitler perpetrated on the Jews, gypsies, and other minorities in Germany and beyond. There are countless books and films about the life and death in the camps, about the few uprisings against the Final Solution, and about the few brave souls like Oskar Schindler.Arguably, the non-violent struggle for India’s independence was the opposite story with huge ramifications for the world, and equally important for the last century. No other country had ever managed anything remotely close to what Gandhiji and hundreds of thousands freedom fighters achieved against the mighty colonial power, and that too without creating a permanent enmity between the two countries. We all know that this form of agitation, Satyagraha, as Gandhiji called it, deeply affected the American civil rights movement led by Martin Luther King, and the anti-Apartheid movement of Nelson Mandela in South Africa. In 1947, as India gained its independence, the world was looking to the country, not because it was a rich country, nor because it had all the answers for its development. It was because India had a message that the world respected. 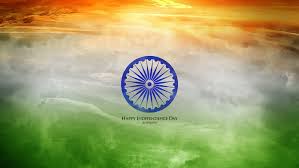 But, as we celebrate Independence Day this August 15, it is worth asking ourselves: why is there little sense of pride in the country about what our parents and grandparents managed to achieve against all odds? If anything, why is there a sense of derision about their potential contributions and sacrifices? My father was in and out of British jails for more than three years, and there were scores of people like him. They were not only fighting for India’s freedom from colonial rule in a political sense, but also fighting hard for the transformation of the country from within — from age-old prejudices of the caste system, and from the pressures of collective conventions to create a sense of individual and civic responsibility to create a modern nation. The stories of people like my parents (my father died at the age of 81 in 1993 and my mother completed 100 last September before passing away last December) are not simply moral examples but also adventurous and thrilling. But, except for a few details such as the Dandi Salt March or the Quit India Movement and the final Partition of the sub-continent, much of the details about the movement and the involvement of several thousands of people from all parts of the country remain hazy in the minds of most Indians today. Often what we do know is based on the movie Gandhi, made by a Briton, Sir Richard Attenborough. We have a few museums focused on sites or on the major figures , such as Gandhi and Nehru. But it is remarkable that there is no major national museum devoted to telling the full story of the remarkable achievement that brought the modern nation of India into being. 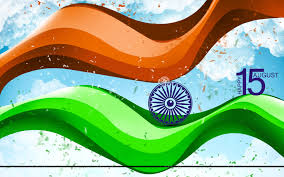 Every time I visit the Holocaust Memorial Museum in Washington, D.C. and walk through the interactive installations that give the visitor a palpable sense of the trains that the victims were packed in to be sent off to the concentration camps, their shoes piled up in a corner, or read the letters written by the victims and see the films on the liberation of camps such as Buchenwald, I imagine a national Independence Museum of India. I imagine young people taking on the role of freedom fighters, organising neighbourhoods to start morning protest marches, singing the songs of the movement, planning secret message systems to continue the fight as leaders get sent to prison. I imagine a museum, not so much to politicise or idealise national heroes as to serve as a catalyst to create a new nationwide conversation about the legacy of our predecessors who gave their lives to make us the independent, democratic nation we are today.As children and grandchildren of our predecessors, this is what we can leave our children and grandchildren, to take pride in the unique journey of the country, and fulfil the dream of our parents that still remains incomplete.