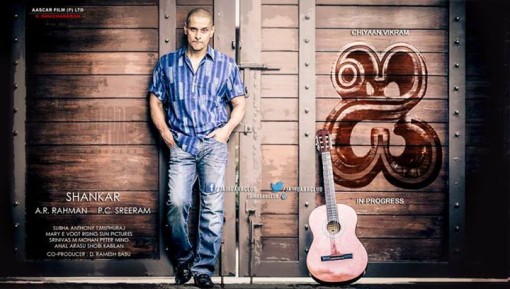 Ai/I is an upcoming Tamil romantic thriller film produced and distributed by V. Ravichandran and directed by Shankar and Music given by A.R.rahman .  Leading roles in this Movie are Ammy Jackson and Vikram . The visual effects are designed by V. Srinivas Mohan through Rising Sun Pictures. The dubbed versions in Telugu and Hindi are also titled. The film was made on a budget just under INR1 billion (US$16 million) and Audi will be released on telugu version on december 30th. Tamil version audio was released a long back and the film makers have decided to release Telugu audio on 30th December 2014.“I”  Movie hits the screens on 14th January as Pongal, it will head for a big competition with Ajith-starrer “Yennai Arindhaal” and Telugu Multistarrer Movie venkatesh and  Pawan Kalyan’s Movie “Gopala Gopala” movie which are planned to release the movie on the same day on Pongal.