Vaalu  is an upcoming Tamil Action Comedy movie which is written and directed by debutant director Vijay Chander. This movie will feature Silambarasan and Hansika Motwani in leading roles, with Santhanam, Ganesh and Brahmanandam in supporting roles. This movie is produced by T.Rajendar and features soundtrack and background score composed by S.s Thaman. 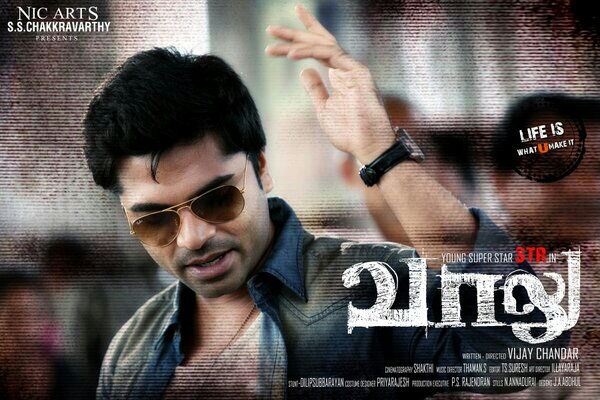 Vaalu was initially announced as a project which would have hero Jai in the leading role, but the project did not take off. In April 2012, Silambarasan announced that he has signed Vaalu, a comedy caper which would be helmed by debutant director Vijay under the banner simbu cini Arts. Later Heroine Hansika Motwani was roped in to play Simbu’s love interest in this movie.Heroine Hansika Motwani moved role of a sales girl in this movie.Produced by S S Chakravarthy of Nic Arts, Shakthi handled the camera and S. Thaman joined Simbu after Osthe as composer. This movie brings the trio Silambarasan, Santhanam and Ganesh of Vaanam and Osthe together again. Actors Naren and Sri Ranjani are also doing supporting roles. Kannada Actor Adithya was selected to play negative role. Almost 80% of the movie is complete and there is a new addition to the cast list as Jai is set to play a guest role in this film.Telugu comedy star Brahmi is also playing a comedy role.

Vaalu’s music is composed by S. Thaman collaborating with Silambarasan.