Uttama Villain is an upcoming Tamil comedy-drama movie being directed by Ramesh Aravind and written by Kamal Haasan, presented by N. Lingusamy in association with hero Kamal Haasan and produced by S. Chandrahasan for Raaj Kamal Films International and N. Subash Chandrabose for  the Thirupathi Brothers. Uttama Villain  movie ready to hit screens on May 1st in both Tamil and Telugu versions. In this movie, Kamal hasan plays an 8th century theater artist and a modern-day superstar. 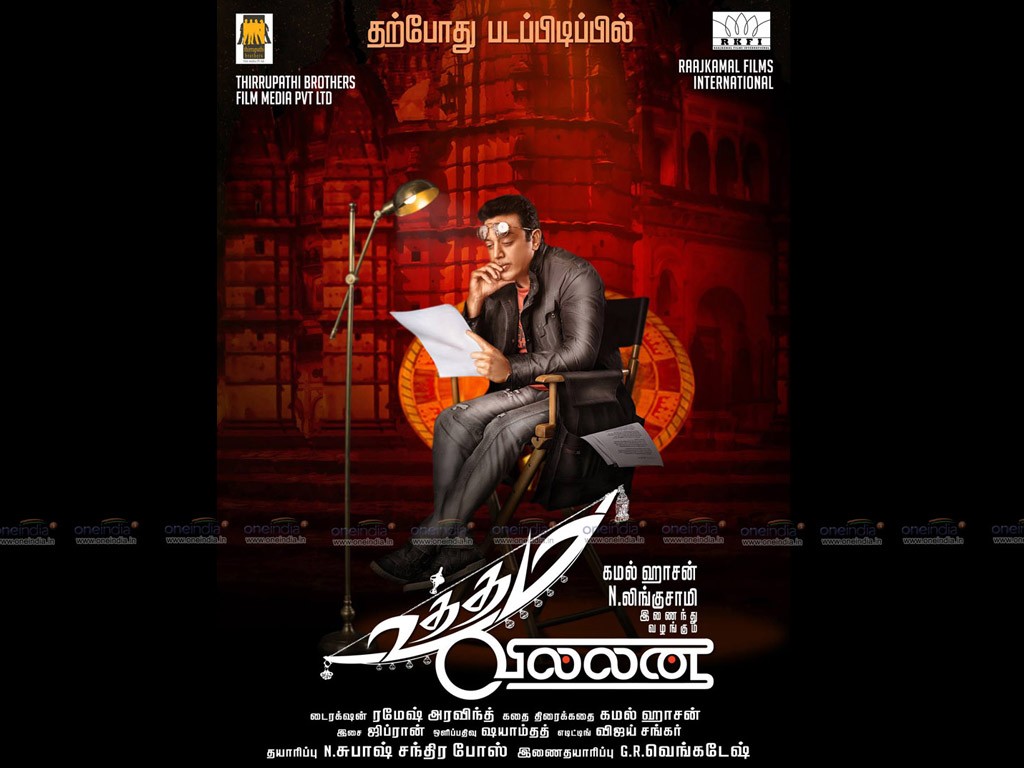 The Actor-filmmaker hero Kamal Haasan has dubbed in his own voice for the Telugu version of his Tamil release ‘Uttama Villain’ which is all set to be released in theaters on Friday.Singer S.P, Balasubrahmanyam (SPB) dubbed for Kamal before in all his Telugu movies and this time it is handled by Kamal himself and he did it twice when he was not happy with his output the first time. In fact, he was so particular about dubbing that, a report from the unit of this film.
Meanwhile The Madras High court dismissed on Monday a petition which sought to restrain the producer and director of this movie from releasing the movie on May 1 or any other subsequent dates all over the world in any form. Justice T. Raja told that the court was not able to find any merit in this petition, while dismissing the petition filed by the Vishwa Hindu Parishad (VHP), Tamil Nadu. According to the petitioner, as a whole, The Hindu religion, believes that God had taken avatars in order to establish dharma over adharma. One such avatar was Varaha. Varaha was the avatar of the Hindu God Vishnu in the form of a boar. At the relevant point of time, using devastating weapons, people on earth had not lived in harmony with each other or with nature. The goddess Bhudevi (earth) and sages on the earth had prayed to Lord Vishnu to get earth protected.