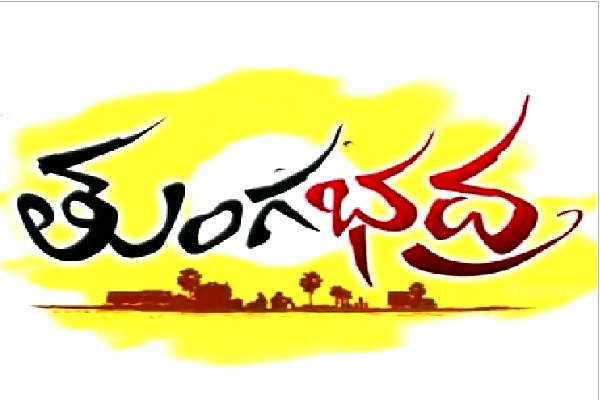 Tungabhadra is an upcoming telugu movie directed by Srinivasa Krishna Gogineni and produced by  Sai Korrapati and Rajani Korrapati . Leading roles in this Movie Adith Arun, Dimple Chopade, Sathyaraj . Rahul Srivathsav composed music for this movie .Audio released on 17 feb on occassion of mahashivrathri . SS Rajamouli and some more chief guests attend to the audio function. Movie to be release on 20th february 2015.

Adith is neither a typical hero material nor possess exceptional acting calibre to shine in a film with weak script. Dimple Chopde looks good in traditional attires, conveys a lot through her eyes and emotes well during key scenes.

Adith Arun of Genelia’s Katha fame has played the main leading role in Tungabhadra movie and Dimple Chopade of “Romance” and “Green Signal” fame is playing the female leading role in this movie. Her cute looks and her glamour are going to be a feast for the audience.Senior Tamil actor Sathyaraj is playing one of the leading role in the film. His presence automatically got a lot of attention for the film and other startcast are Kota Srinivasa Rao, Kota Shankara Rao, Chalapathi Rao, Dhanraj, Jabardasth Sreenu, Charan and Sashank have played other important roles in this film.According to Srinivas, ‘Tungabhadra’ movie is a beautiful love story packed with a message.The title shouldn’t mislead the audience. This is completely love story laced with good family sentiments. Most of the story takes place within the family of Sathyaraj sir. He plays the heroine’s father and their relationship will be talked about.