Skip to content
HomeBollywoodSonakshi Sinha’s Resolution To Do Challenging Roles

Actress Sonakshi Sinha, who is widely known for her vivacious, girl next door image, says she made a New Year’s resolution to pick “challenging roles” and is following up on it.“I made a New Year’s resolution that I am going to do very challenging roles. I think I have stuck to that resolution,” Sonakshi told IANS at the Asus Zenfest 2015 here on Thursday.The actress is always seen in a stereotype character but now she wants to experiment with her characters. Sona will be next seen in tougher roles in films like Akira and Haseena – The Queen of Mumbai.Sonakshi will be seen playing the role of a girl who is “familiar with martial arts” in Akira and will also be essaying the role of underworld don Dawood Ibrahim’s sister Haseena in Apoorva Lakhia’ forthcoming biopic “Haseena -The Queen of Mumbai” and said she is glad at getting the opportunity.The TV judge of a reality show is currently busy shooting for her next venture Akira which is scheduled for next year release. 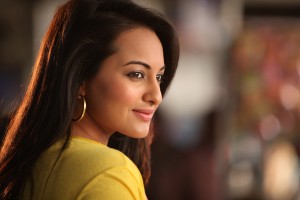 All visitors an watch for more details of Sonakshi Sinha’s Haseena:

Bollywood’s dabang girl Sonakshi Sinha is all set to play the role of Dawood Ibrahim’s sister Haseena. The film will be directed by Apoorv Lekhiya. Sonakshi would be seen in Dawood Ibrahim’s sister Haseena Parker’s role.The title of the film is Haseena-the queen of Mumbai and is being produced by Mubina Retonsi. Dawood Ibrahim had 12 brothers and sisters. The seventh was sister Haseena Parker. She was very close to him and her house was in Mumbai Nagpada. She died from because of heart attack in a year 20 14.Mubina said that Sonakshi is perfect to play the role of Dawood’s sister in the movie.Sonakshi is really excited about her character in the movie. She said that she always wanted to be a part of a biopic and this is the right time. The script of the film is really interesting and the character is also very challenging.The shooting for Haseena-the queen of Mumbai is expected to start next year. The story revolves around Haseena Parker.