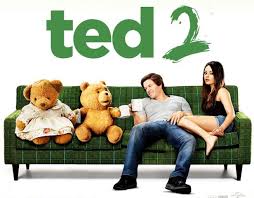 Once again funny Ted comes to entertain. Seth MacFarlane who gave birth to Ted character and he also plays many roles in this project as Director, Actor, and Producer. MacFarlane got a very rare talent of playing many roles in film industry. 41 year old got failure with his former project A Million Ways to Die in the West. Once again MacFarlane was coming with one of his favourite project sequel for Ted in 2012.

Mark Wahlberg earlier movie Gambler got a very poor marks and failed to impress at Box-office. At present circumstances both Director and Mark wants a big success to boost their career in Hollywood. Ted 2 is comedy film Amanda Seyfried and Jessica Barth are playing another key roles in this movie. The movie was in post-production work and planning to hit the theatres in June 26th 2015. Watch the trailer below.