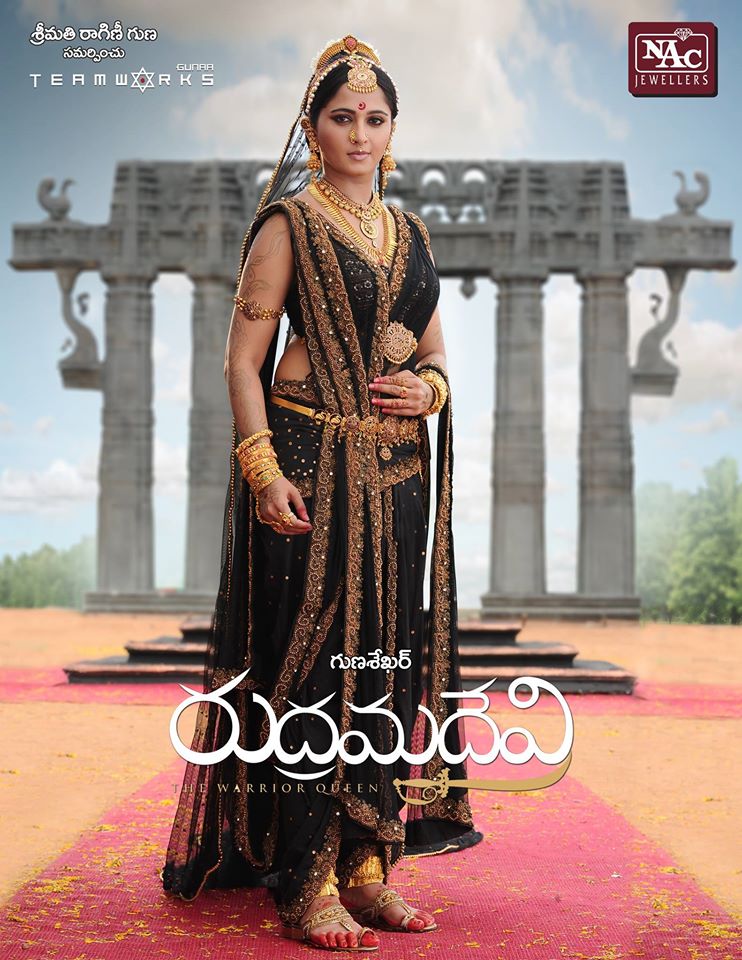 A New Motion Poster was released by Rudhramadevi movie starring Anushka Shetty directed by Gunasekhar. It has been released today on You Tube. There are another stars who also involve in this project are Daggubati Rana and Allu Arjun. Daggubati Rana as Chalukya Veerabhadra and Allu Arjun as cameo appearance in this movie as Gona Ganna Reddy. There are another cast Catherine and Nithya Menon also a part of this movie. There are many stars which enhancing this project value in the film Industry.

Anushka was well-known actress in south and who got famous with Arundhati movie directed by Kodi Ramakrishna. After this movie she has shown interest to appear in more lady oriented films. Now she was coming with Rudhramadevi. In her career 2015 will be peak year because of making appearance of two big projects like Rudhramadevi and Bahubali are having huge expectations.