Skip to content
Movie Review and Rating|Tollywood
January 24, 2015January 23, 2023 Admin 0 Comments
Rowdy fellow is an upcoming telugu film starring Nara rohith and Vishaka singh,an up coming actress.Nara rohith is going to romance a new actress in the film.Nara rohith is playing a crucialCop character in the film .This film is directed by a debundant director Krishna chaitanya . TheThe film is produced under movie mills and cinema 5.The cinematography of the film is handled byAravindan p. Gandhi. The music of the film is composed by sunny M R. 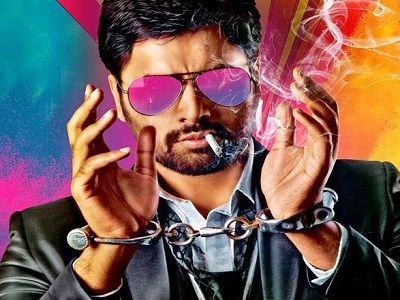 Nara rohith has got a success with his previous film prathinidhi.He signed his next project with debundant director Krishna chaitanya . In this film Nara rohith is doing a serious cop role. He has a many shades in his character. Ravu ramesh has played villain role in the film. The role played by Ravu ramesh is going to treat all his fans.The director is confident that the film is going to be a huge success and become a best film in Nara rohiths film carrier.

The story of the film is ,how hero eradicated villainism in his area.Nara rohith played a cop role in the film.The directored pictorized hero character very roughly and stylish.The story revolves around the cop and the villain.
Rowdy Fellow Cast and crew:

The sound track of the film is composed by Sunny M R. He is known for his previous filmsSwamy ra ra and uyyala jampala.This two films are biggest musical hits ,Rowdy fellow is his3 film .The audio of the film released on 16 semptember 2014, with honoured chief guest Nara Chandra babu naidu to bless Nara rohith.