Skip to content
HomeBollywoodSridevi issues Legal notice to Ram Gopal Varma for Movie title Savitri
Ram Gopal Varma who was once known for his blockbusters like Shiva,Satya was already out of track.He is now know for his publicity stunts and controversies.The director already got the publicity for his new film with its title.
RGV as released a new motion poster last week which as a boy of 13 years old looking at the older woman and the movie is named as Savithri and tweeted the movie is about the crush of a child with his teacher.Later he withdraw the thought of keeping the title Savithri as all women welfare and other secular bodies opposed aganist him.
Later RGV named the movie as SRIDEVI.Actress Sridevi earlier this week send the legal notice to Ram Gopal Varma of using her name as title of the movie. 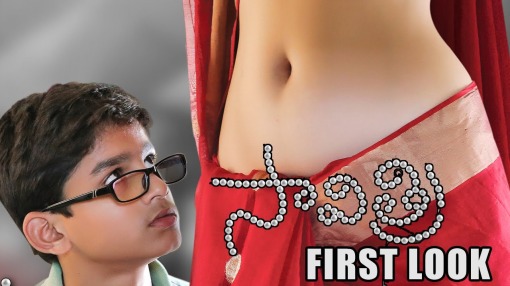 RGV as responded for the notice and said

‘‘In the legal notice sent to me, there seems to be an apprehension that the film “Sridevi” is based on a crush I personally had for Sridevi in my college years …I,many times over the last 5 years expressed this publicly in both the media and also to her which was taken by all concerned in a humorous and healthy spirit.

Now coming to the film “Sridevi”, the story is about a teenager’s infatuation towards a 25 year old woman…a subject matter like this was earlier dealt with, in such films as Malena, Cinema Paradiso, Summer of 42, Raj Kapoor’s Mera Naam Joker etc to name just a few…But coming to the film Sridevi neither is the woman playing the title role in my film is an actress nor the boy is a director…Also there’s a huge age gap between the boy and woman in the film “Sridevi ” which is not the case with me and the real Sridevi.

The title has been given to us by the Andhra Pradesh Film Chamber which is the authorised body for such deeds…moreover films with this same title “Sridevi “have been made and released atleast 3 times in the last two decades …The Film chamber already sent a reply saying that they are well within their rights to grant the title to us.
The film was earlier titled “Saavitri” but we changed it not for reasons of the protests as some sections of the media are falsely reporting…The reason for the change in title is due to a miscommunication on the production part they went ahead with the title without acquiring it from the previous right holder of the title…when the previous title holder refused to give the title we changed it to “Sridevi”.After the producer got the title he went ahead with the printing of standees and hoardings with the new title…When Mr.Boney Kapoor called me I explained to him both orally and in a msg which I have also given to the press with regard to clearing the speculations on the so called controversial content of the subject…
I am deeply hurt by this action of Sridevi whom I always admired and respected and I strongly believe that she was influenced by others with vested interests…I am going ahead with the title “Sridevi” because I am well within my legal and moral rights to use it…legal because a name cannot be copyrighted and also like I said the film has nothing to do with the real Sridevi to the extent that the protagonist is not even an actress…moral because I know in my heart that I will never do anything to degrade or demean Sridevi and the final outcome of the film will prove that…”
The actress and the director who had together for couple of films and RGV who states openly of his crush towards Sridevi and now they are together with a controversy.
But however the movie as got a good publicity,Think marketers should learn marketing skills from RGV