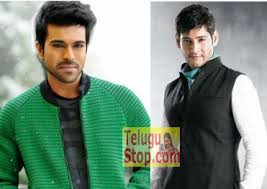 The latter, however, went on to work with Krishna Vamsi’s movie ‘Govindudu Andarivadele’ which did not fare well at the box-office.Once again, Srikanth proves what a talented actor he is. He suits his role perfectly and delivers a superb supporting role. Kamalinee Mukherjee looks beautiful in Indian attire and nicely compliments Srikanth. Young actor Adarsh is superb in his negative role, and gives Charan a tough fight. Second half of the film has the necessary family emotions, and especially the last half an hour is heart touching. The way Krishna Vamsi has showcased family emotions and human values is simply superb.First half of the film is a bit slow, when compared to the second. If the makers would have added some comedy, it would have been more entertaining for the audience.The love track between Srikanth and Kamaleni Mukherjee is not justified much, and has been hurried on to us. Story of the film is quite old and is predictable most of the times.

Finally the wait is over and Mahesh Babu’s Srimanthudu hits the silver screens today. The movie also released in Tamil version and it has been titled as “Selvandhan”. Gorgeous beauty Shurti Hassan paired with Mahesh for this movie while another actress Poorna played a special song.Koratala Siva is the director for this family entertainer and produced jointly by Y. Naveen, Y. Ravi Shankar and CV Mohan under Mythri Movie Makers banner. Mahesh Babu is also the co-producer for the movie.Srimanthudu movie has got positive reviews from all the corners around the world. The message of the movie is “Giving Back to the Society”. Now, Mahesh Babu’s ‘Srimanthudu’ within its one day of release has become the talk of the town. Wonder what Ram Charan might be thinking now after ‘Srimanthudu’ being termed as a superhit.