Rahasya is a 2015 Hindi feature film that is directed by Manish Gupta. The film stars Kay Kay Menon, Tisca Chopra, Ashish Vidyarthi, Mita Vashisht and Ashwini Kalsekar. The film was inspired by the Aarushi murder case, which was met with some criticism by Rajesh and Nupur Talwar. The film is set to release on 30th January, 2015. 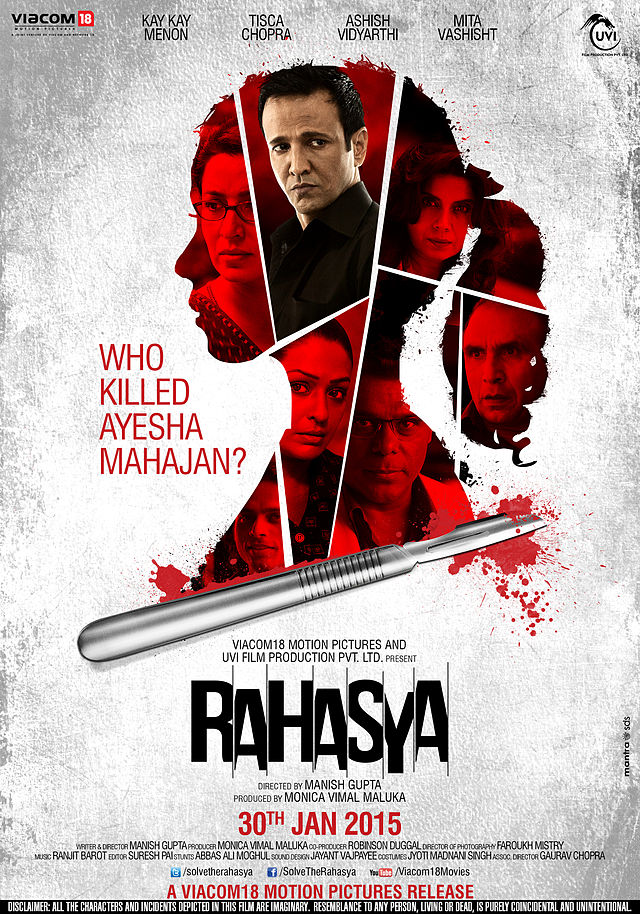 The film revolves around the story of an 18 year old girl, Ayesha Mahajan (Sakshi Sem), who is murdered in her own house. Her father Sachin Mahajan, played by Ashish Vidyarthi is deemed the prime suspect for the murder. Kay Kay Menon, in the role of CBI Chief Sunil Paraskar picks up the case and soon finds evidence that makes it more difficult to determine who exactly is responsible for Ayesha’s death. As various suspects and their motives are being tested, what comes out is a riveting story of a double murder.