Talented director Puri Jagannadh made sure that  he released two movies  temper and Jyothi Lakshmi thi year. He his currently shooying for his movie Loafer and the movie is currently progressing in Rajasthan.”Besides being a regular Puri Jagannadh entertainer, the film will be high on motherly sentiment and action. It will be Varun’s first stint at doing something commercial for the masses. We’re planning to release it during Dussehra,” producer Kalyan told IANS.Starring newbie Disha Patani, the film will be predominantly shot in Jodhpur and Rajasthan.”We plan shoot non-stop for three months from July 1. The plan is to wrap up the film by September,” he said.”Loafer” joins Jagannadh’s long list of quirky titles such as “Pokkiri”, “Idiot” and “Desamuduru”.Jagannadh is still basking in the glory of his recent Jr NTR and Kajal Agarwal starrer that grossed Rs 743 million. Varun Tej and Disha Patani are lead roles.Actress Disha Patani plays the love interest of Varun Tej in this movie.Varun Tej will play the role that is based on the lines of Mahesh Babu’s character in Pokiri. Loafer is touted to be a typical Puri Jagannadh’s trademark film.C Kalyan is producing this movie. The shooting of this movie will be completed by August and the makers are aiming for the release in September.Loafer have it release in October,There are many rumors but Puri Jagannadh never replied to any one. 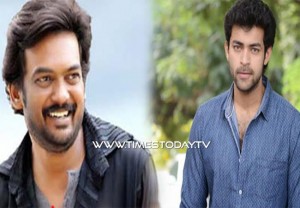 Recently vedio released Annapurna Sunkara created enough stir all over Tollywood.She was criticized the telugu Filmmakers that they give least respect to Women and heroines in their Films.However the rumor had spread Puri Jagannadh and Ali responed to that video.However Puri Jagannadh posting “I have been getting many calls and messages that I have replied to some video of Annapurna Sunkara.I don’t know who is she and haven’t seen her video yet Thank You”. 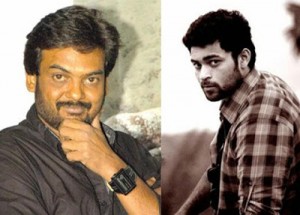 Wait and watch for more details..