No rehearsals or practice would help the role in “PK- most awaited film for Bollywood” says Bollywood’s Mr.Perfectionist. who was known for his homework to make character look convincing. Like at 43 he worked out six pack for Gazini and in next film 3 idiots he came back.

He says most of the scenes were turned out different from what he had thought and prepared for. It’s obvi man you are working for Rajkumarhirani man of versatility. Munnabhai, 3 idiots. Man he’s impossible.

Film got a lot of hype by Amir’s nude appearance, which is applauded by whole industry and audiences. people said wow Amir he takes any risk to make the film look good, man get a piece of brain what’s in it? it’s common in hollywood if scenes demands anyone should do. 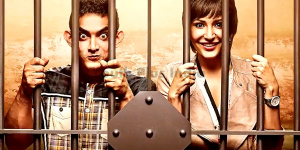 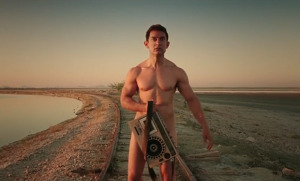 Starring Anushka sharma, sanjaydutt, boman irani. Speaking at the movie’s song release “Thakri chokra” in NOIDA in delhi on Saturday, he says he liked the change. Its declared movie releases on December 19. 49 year old Amir has this possession of releasing films in December. Custom continues for this most awaiting movie too.

This film’s hype is constantly increasing due its makers possession to secrecy of details, Amirkhan’s nude poster etc. For that nude poster of Amir, he sat biting nails for response of the audience.

Also, Amir was so pleased by all hype and rumours of film. He even says they don’t want rumours to die down.

A major part of the film was shot in Delhi. He says he had fun shooting in Delhi binge the delicious food of the capital at Karim’s.