A nurse from Scotland was the first women to get diagnosed in Great Britain . The woman is moved to Royal Free Hospital . The Royal free hospital is specially desginated for the Ebola cases in London . 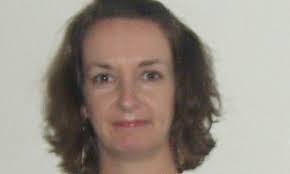 , of 39-years and  16 years experience as a nurse in Scottish health centre. The woman was sent to African countries for the treatment of the people who are affected with the deadly virus . She returned home from West Africa from Sierra Leone to Glasgow on Sunday . She developed the symptoms of Ebola virus on Monday and he was diagnosed at local health center and moved to London on Tuesday for the treatment .

The Doctors stated that the disease was at the early phase and she could be treated , and the is a lack of Anti viral drugs so Doctors are trying to treat with Plasma offering from the recovery patients

Ebola is transmitted by direct contact with the bodily fluids of an infected person, such as blood, vomit or faeces.  The virus has killed more than 7,800 people, mostly in West Africa, since it broke out a year ago. according to W.H.O