Paddanandi Premalo Mari‬ ‪Movie is an upcoming telugu Movie directed by Mahesh Upputuri and produced by  Nallapati Ramachandra Prasad .  Leading roles in this Movie are Varun sandesh, Vithika Sheru . Varun sandesh was eagerly waiting for a blockbuster .This movie to be released on February 14 on occasion of valentines day . Music and background score was composed by Khuddus A R .and lyrics by lahari prasad . Audio was released recently .

Vithika Sheru of Prema Ishq Kadal fame is playing the female lead role. The movie will be in theaters( Lovers special) on valentines days and hope will be success. 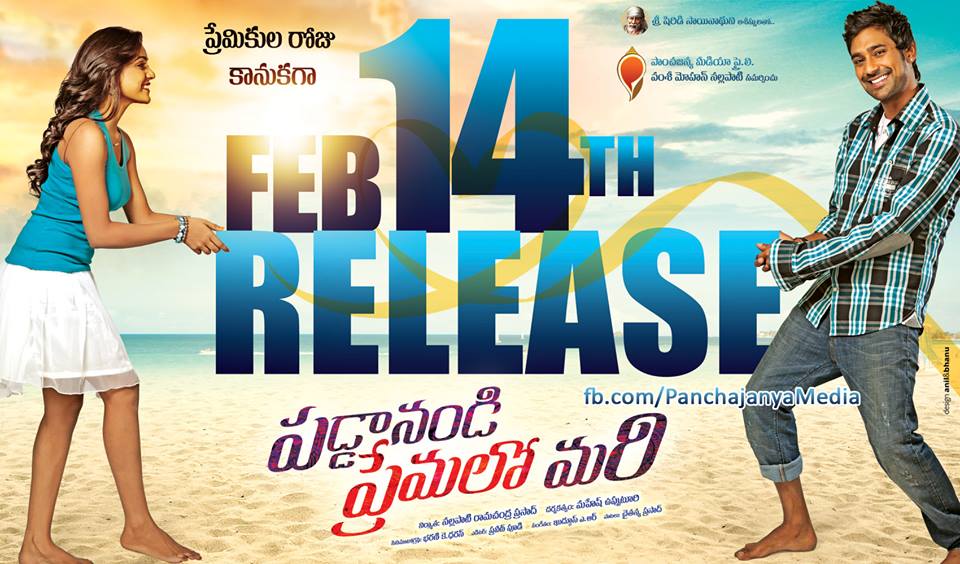 Ram(Varun Sandesh) is a college going youth who falls in love with Shravani(Vrithika Sheru). As time passes by, even Shravani accepts his love and when everything seems to going fine, a small misunderstanding develops between the couple and they get separated.

This is also the time when a dreaded goon named Lankapathi(Aravind) lands his eyes on Shravani and decides to marry her. Rest of the story is as to how Ram successfully manages to save her from Lankapathi and also clears his misunderstanding during the course of time

Stay tuned to our website for movie reviews , ratings . gossips and many more ……