Janatha Garage is a new upcoming Film in Tollywood directed by Koratala Siva. This film features Malayalali Superstar Mohanlal, N. T. Rama Rao Jr, Actress Samantha and Nithya Menon in the main leading roles in this film. This film is scheduled to release on August 12, 2016, and this movie first look poster to be released on 19th May 2016. Janatha garage film music to be composed by Devi Sri Prasad. Koratala Siva recent film Srimanthudu was a blockbuster and now he is coming with Janatha Garage with Ntr and Malayali Superstar Mohanlal is playing an important role in this movie. 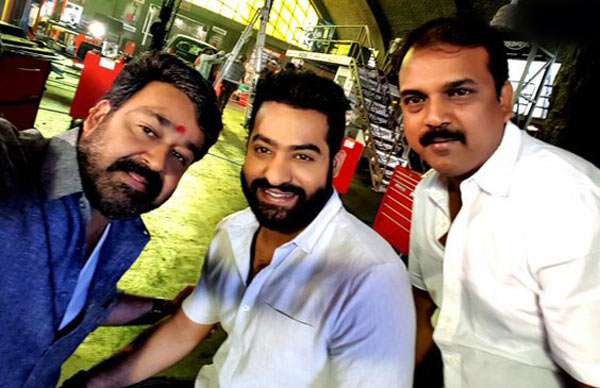 Jr Ntr recent film Nannaku prematho directed by Sukumar is a superhit Film and now NTR is coming with a new movie titled as Janatha Garage directed by Koratla Siva. This is for the first time koratala Siva and Ntr has collaborated. Dsp is composing music for this film and this is the 3rd time for koratala siva collaborating with Dsp and Actress Samantha is playing opposite to NTR in this film. Janatha Garage movie audio to be released in the month of June and movie to be released on August 12th.This movie was produced by Naveen Yerneni, Y. Ravi Shankar, and C. V. Mohan and this film releasing under their banner Mythri Movie Makers.