NASA engineers are developing drones that can fly to areas which are inaccessible to rovers – such as the shaded region of a crater – on Mars, asteroids and Moon to gather samples.The flying robotic vehicles – similar to quad-copters but designed for the thin atmosphere of Mars and the airless voids of asteroids and the Moon – would use a lander as a base to replenish batteries and propellants between flights.”This is a prospecting robot,” said Rob Mueller, senior technologist for advanced projects at Swamp Works at NASA’s Kennedy Space Center in Florida.”Some of the crater walls are angled 30 degrees or more, and that’s far too steep for a traditional rover to navigate and climb,” he said.The machines being built fall under the name Extreme Access Flyers, and their designers intend to create vehicles that can travel into the shaded regions of a crater and pull out small amounts of soil to see whether it holds the water-ice promised by readings from orbiting spacecraft.Running on propellants made from resources on the distant worlds, the machines would be small enough for a lander to bring several of them to the surface at once, so if one fails, the mission is not lost.Cold-gas jets using oxygen or steam water vapour will take on the lifting and manoeuvring duties performed by the rotors on Earth. 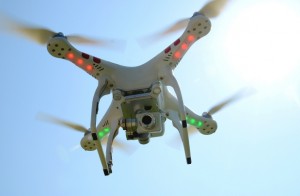 For navigation, the team is programming the flyer to recognise terrain and landmarks and guide itself to areas controllers on Earth send it to or even scout on its own the best places to take samples from.”It would have enough propellant to fly for a number of minutes on Mars or on the Moon, hours on an asteroid,” said Mike DuPuis, co-investigator of the Extreme Access Flyer project.For the sampling itself, designers currently envision a modular approach that would let the flyer take one tool at a time to a sample area to gather about seven grammes of material at a time.That’s enough for instruments to analyse and, throughout the course of many flights, is enough to gather samples that would show Earth-bound scientists a complete geological picture of an area. 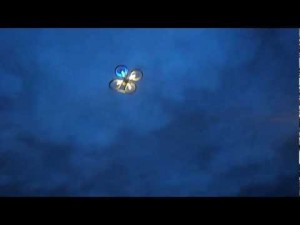 In the Swamp Works laboratory, the team has assembled several models designed to test aspects of the final machine.A large quad-copter about five feet across that uses ducted fans is about the size of the prototype the team has in mind for an operational mission in space.The uses for the sampling vehicle may not be solely extraterrestrial, Mueller said.On Earth, an aerial vehicle that can pull a few grams of dirt from an area potentially brimming with toxins would be very valuable for first responders or those researching a new area who do not want to risk humans.