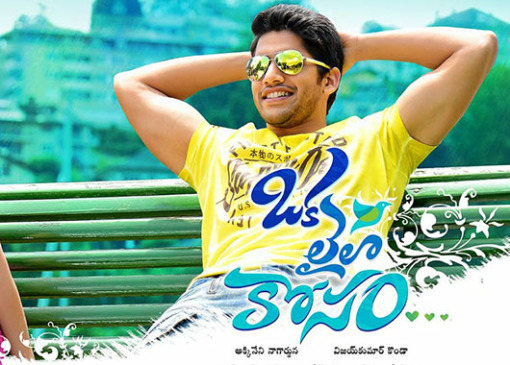 Oka Laila Kosam is the second directorial venture of Vijay Kumar Konda, the maker behind the Nithin-Nithya Menon combo Gunde Jaari Gallanthayyinde, a run away success in 2013. The film has Naga Chaitanya and Pooja Hegde in lead roles

Karthik(Naga Chaitanya) is a fun loving guy completed his studies .He  falls in love with Nandu (Pooja).But nandu doesn’t shows any interest on him.Karthik tries to flirt her in the first half but cannot make and by end of first half their parents fixes a arrange marriage between them.Karthik finds himself lucky and he tries to make nadu fall for him by second half

Good First half ,Routine second half and the climax is convincing