Scientists in the US have developed the first model that can predict with up to 90 percent accuracy the amount of nicotine emitted by an e-cigarette.The researchers from Virginia Commonwealth University collected data from various e-cigarette devices, the concentration of the liquid nicotine that could be put in the devices and the length of time a user might inhale from the device in one puff.The team then developed a mathematical model to determine how much nicotine was emitted from the devices as the device voltage and the nicotine liquid concentration were increased and the user puff duration was extended.The model predicted that higher voltage e-cigarette devices paired with high-concentration nicotine liquids could emit greater levels of the addictive substance than those of a traditional tobacco cigarette, depending on user puff duration.”The results showed that nicotine yields from 15 puffs on an e-cigarette varied by more than 50 times across various device, liquid and user behaviour conditions,” said research team member Thomas Eissenberg. 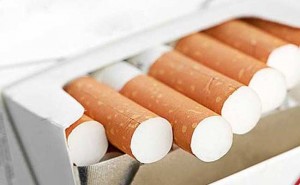 The team also observed that experienced e-cigarette users were more likely to take longer puffs than novice users, resulting in higher levels of nicotine being delivered to their bloodstream.”When used as intended, an electronic cigarette should not produce a nicotine yield in excess of that of a combustible cigarette, a device that we already know has lethal health effects,” Mr Eissenberg noted.With this novel nicotine mathematical model, researchers will now be able to predict with a great deal of accuracy how much nicotine will be delivered to an e-cigarette user before a device is even designed.The study was published in the journal Nicotine and Tobacco Research.Simply reducing the nicotine content of cigarettes may not help smokers to kick the butt, a new study has found.In the two-year study involving 135 smokers, those in the test group smoked five levels of progressively lower nicotine content cigarettes over the course of one year, the lowest nicotine content cigarette being smoked for 7 months.Participants in the control group smoked their usual brand of cigarettes for 12 months. All subjects were then followed for another 12 months after returning to their own cigarettes or quitting.We don’t know that very low nicotine cigarettes will not work to reduce nicotine dependence and enhance quitting, but progressively reducing nicotine content of cigarettes in the way we did, without other means of supporting smokers, did not produce the desired results.