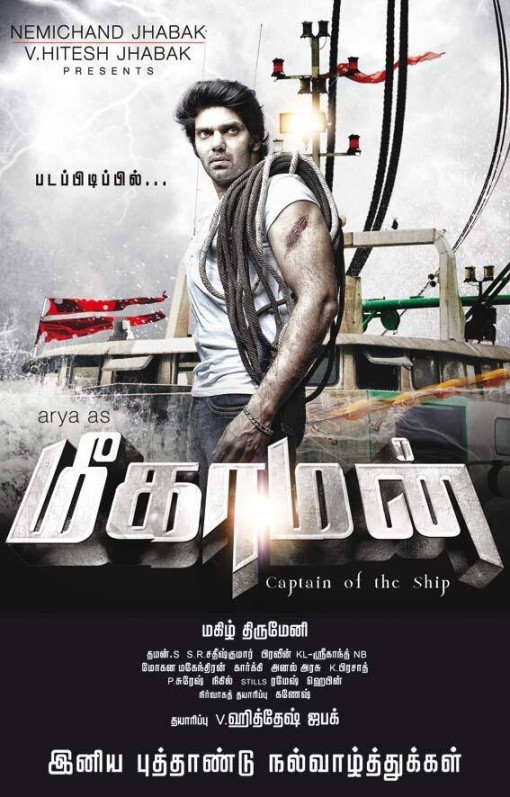 Meaghamann (English: Captain of the Ship) is an upcoming Tamil action drama Movie which was directed by Magizh Thirumeni and produced by Hitesh Jabak leading roles in this Movie are Arya and Hansika Motwani and S. Thaman composes Music for this film and this Movie will be released on dec 25. It was revealed that the film would feature seven actors in villainous roles, with North Indian actors Sudhanshu Pandey, Ashutosh Rana and Ashish Vidyarthi signed on to portray roles in the film. Avinash, Mahadevan, Maha Gandhi and Harish Uthaman were also subsequently later selected to complete the set of villains in the Movie.

The Movie first look poster was released on January 1, 2014 with a caption entitled “captain of the ship” Known as Meaghamann.

S.s. Thaman composed  music for this Movie. The soundtrack album consists of 3 songs and a theme music. The audio launch of the film took place on August 14, 2014 and Music is superb.