Komban is a 2015 Tamil action comedy-drama film directed by M. Muthaiah and produced by Studio Green. The film stars Karthi and Lakshmi Menon with G. V. Prakash Kumar composing the film’s music. This movie was given ‘U/A’ certificate by Central Board. The film released on April 1, 2015. 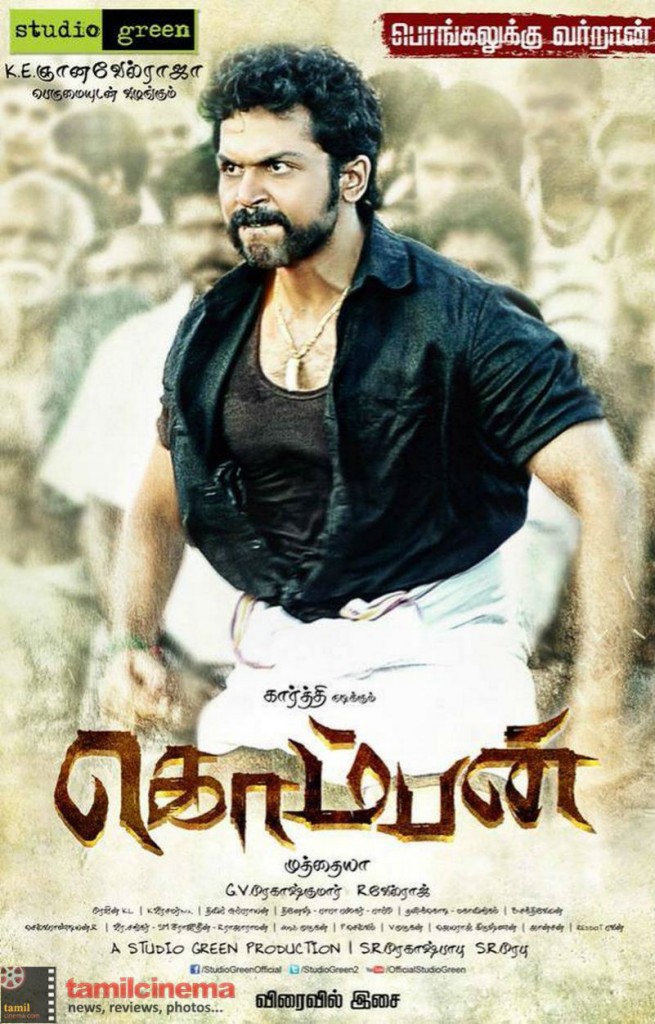 This film story is about a relationship between son-in-law and a father-in-law. The movie, set in village backdrops, Kombaya Pandian (Karthi) plays a local rogue who takes pleasure in shooing away thugs and those who aims at disrupting the peace in his locality. In other words he is that hero who fights against wrongdoers and also inspires others to do the same.

This movie travels in the course of his marriage with Pazhani (Lakshmi Menon) from the neighboring village raised with more affection by her father Muthaiya (Raj Kiran). While going about his usual business, Kombaya unexpectedly and unfortunately runs into a terrifying villon played by Super Subbarayan. Things change dramatically and with a series of emotional issues that tests the relationship of the family members and it leads to the climax of this film.