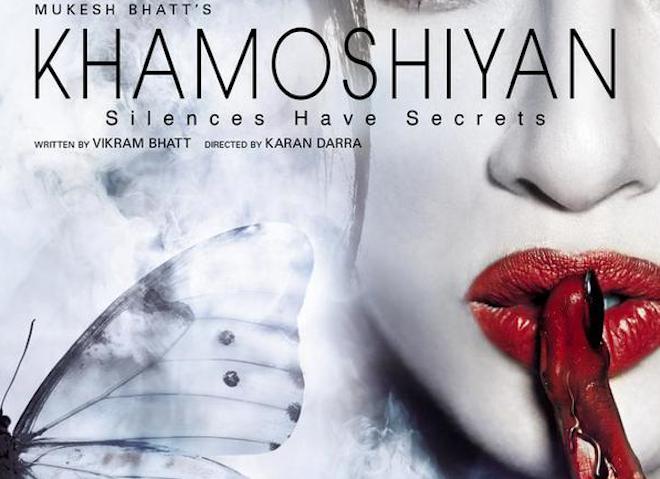 Scroll down for Khamoshiyan (Hindi) Movie review and rating :

The main cast of Gurmeet Choudhary, Ali Fazal and Sapna Pabbi was finalized in mid-2014. In May 2014, it was reported that Gurmeet Choudhary will be playing negative role in the film. In June 2014, actress Pabbi signed a three film deal with Bhatts and committed to work on the film as her first movie as of the deal. In an interview Fazal stated that, in the film he plays a romantic writer with grey shades. Producer, Mahesh Bhatt said in an interview “With a recipe of great music, state-of-art digital effects and a love story that brings back the intrigue of Mahal, it will repackage and raise the bar for the horror genre in Bollywood”. Bhatt further added that the film has the potential of becoming a franchise. Ankit Tiwari was roped in to compose music for the film.