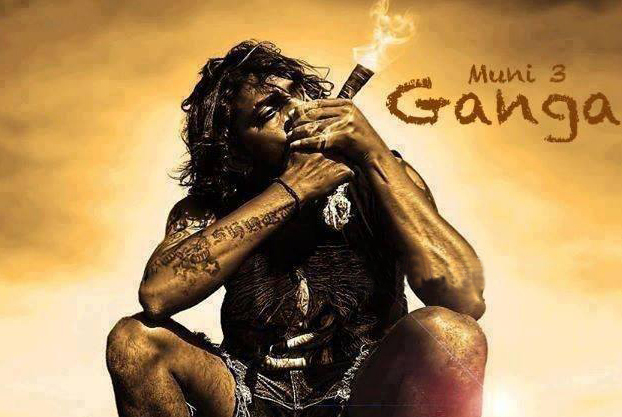 Latest Tamil movie Kanchana 2 has to be released today on 17th April 2015. This is sequel movie of kanchana entertaining both comedy and horror audience. Bellamkonda Suresh, was producer for this movie. Taapsee playing the female leading role in this movie. Anjali and nithya menon performing a cameo role. Vino who is raghava lawrence brother, introduced in this movie. Music was composed by Leon James, C. Sathya, S. Thaman. Lawrence was said to have six different shade roles. Pooja Ramachandran was roped in who stated that she plays the role of an anchor, who is a drama queen. This movie is releasing in more number of theaters in Tamil nadu. –

Kanchana 2 is the third part in the Muni franchise, following movies Muni and Muni 2 : Kanchana. The story of Kanchana 2 has not yet revealed. Kanchana 2 is a comedy horror movie written and directed Raghava Lawrence. Cinematography was handled by the Rajavel Olhiveeran. Sun Pictures acquired the distribution rights for this movie. Kanchana2, as it is packed with a collection of beautiful Track list. There are five songs in Kanchana 2 “Sandimuni” sung by Haricharan. Shakthisree Gopalan sang “Vaaya Veera”. “Silatta Palatta” you can enjoy in the voice of Jagadeesh Kumar. “Motta Paiyaa”  this song sung by K. S. Chithra, Sooraj Santhosh.Sriram Roshan has contributed for this song “Moda Moda”. The total budget of the film is 9 Crores approximately. This Movie is expected to collect more at the box office like the previous movie Kanchana in 2013.