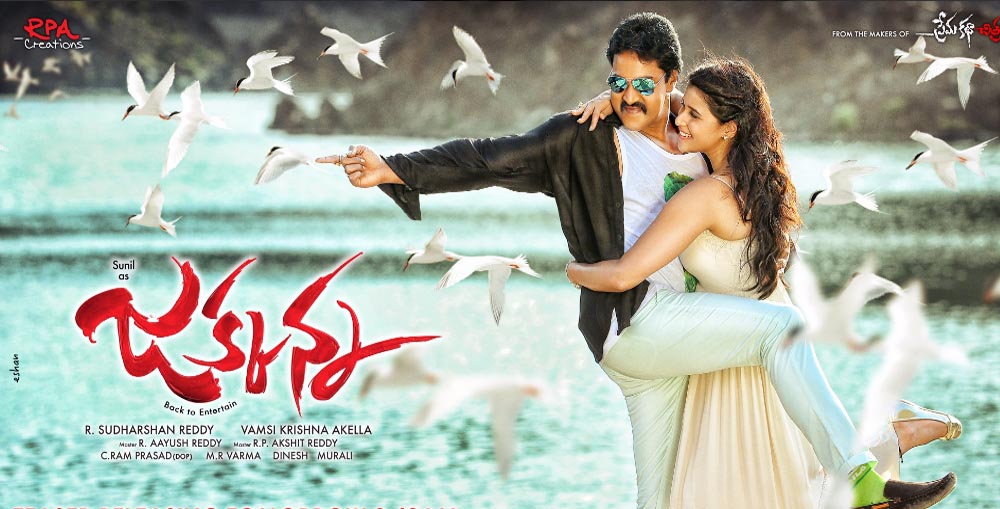 Jakkanna movie team released its audio tracks which were composed by the music director Dinesh seems to be good. Megastar Chiranjeevi has released the tracks of this movie which were going to be a big plus for this movie. In the sense of music, sunil’s movies are given a huge priority to the music as Sunil was one of the finest dancers in the Tollywood film industry. He can mesmerize with his dances for the music given by the music director. Sunil’s last movie songs are also seemed to be good. The story was seemed to be good and the performance of Sunil was better compared to his previous movies and heroine role was pretty good. Roles of posani, sapthagiri were good with their dialogues. 30years industry Prudhvi’s performance was the huge plus for the movie. He was with a bang in this movie. It was definitely a refreshing movie for the audience with the performances in the movie. It would be definitely going to get the positive response from the tollywood audience.

Sunil was a comedian turned hero whose first movie as the hero was Andaala Ramudu which was a comedy movie which came in the last decade. and after that S.S.Rajamouli’s Maryada Ramanna made him a permanent hero. with that movie he has left the comedian post and he was continuing as the hero. With the huge success of Maryada, Ramanna sunil was in full swing and selected only scripts which he was fond of. After Maryada Ramanna, it was Poola rangadu with Isha Chawla which was managed to be a hit in his career. before that he acted in a movie called Katha screenplay Darshakatvam Appalraaju which was directed by Ram Gopal Varma. It was not managed to be a hit. It did not even entertain the audience well. After that it was time for Poolarangadu movie with Isha Chawla which was managed to be a huge hit in his career after Maryada ramanna.
After Poolarangadu, he selected a movie named Mr.Pellikoduku. It was not a big hit but it entertained the audience as it was the last positive performance from sunil in his career. After that he was few roles in the movies and also a movie named Beemavaram Bullodu which was an average but did not managed to collect huge money at the box office. after that he have done the movie named Krishnastami under Dil Raju’s banner but it was a huge disaster in sun it’s career. Though it was under Dil Raju’s banner, it was failed to get the money at the box office. And now Sunil was coming with an movie named Jakkanna.

Jakkanna is an upcoming Telugu movie from sunil. Trailer of this movie has been released and it was seemed to be good. After a long time, it seems like Sunil has used his vintage voice when he was a comedian. His dialogues are like he was back with his awesome voice. The movie story was full of their romantic comedy action while sunil was giving his best performance with his vintage voice.the main roles posani Krishna murali and sapthagiri were also giving their best to the movie to make it a big success. And mostly, 30years Prudhvi was definitely a big plus for this movie with his dialogues and mannerisms. Thne trailer was already a huge success with the dialogues of Prudhi and it seemed to be a lot of fun in the movie. Sunil was once a comedian and he knows well about the comedy timing. In the movie trailer, he shows you the vintage comedy voice and timing of sunil which was mostly loved by the Telugu audience from sunil. Jakkanna movie was going to hit the screen on 29th July 2016.