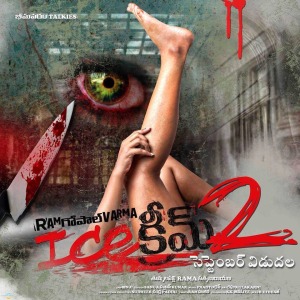 Story revolve around a  group people in the forest.the main asset of the film is Re Recording .The

Back Ground music plays a crucial in this movie.Ram Gopal Varma is full confident  on Ice Cream 2 script that the film will become a big hit.Every technician told that they are very confident about the movie that it will be a huge hit.

The film is made with a very low budget of  Two Lakh Rupees.If the film has got the positive talk

Collections will come.70% of the movie is picturized with a device called gimbal.The movie industry always depends on how to show it on big screen and how to attract audience to come to theatre.